A MAN has decided to just go along with everyone and say that Paddington 2 is one of the greatest pieces of cinema ever made.

Tom Logan, 36, confirmed his new found appreciation for the kids film in the pub last night after someone brought up that it’s got a 100 percent rating on Rotten Tomatoes.

Logan said: “Everyone started gushing about it, saying it was a near perfect film and that Hugh Grant deserved a pile of Oscars for his performance in it.

“Then someone turned to me and said, ‘Tom, what do you think of Paddington 2?’.

“Internally I said, ‘Yeah it’s a good kids film. Not as good as The Witches, Time Bandits or about 20 other kids films I could mention but it’s a very good kids film.

“As a piece of cinema though, if you think it’s on a par with The Three Colours Trilogy, Taxi Driver or Bicycle Thieves then I’d suggest you either haven’t seen any of those films or that you have the mind of a 10 year old. 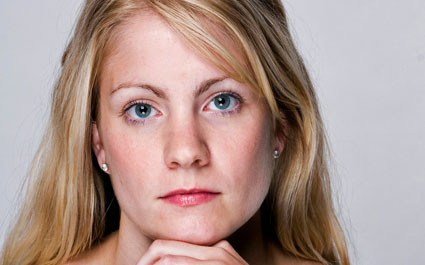 A WOMAN watching the desperately bleak version of Les Miserables sings the songs from the musical to make it bearable.

Emma Bradford has taken to bellowing tunes at the television whenever the scenes of hideous social inequality get so depressing that she is tempted pull her own fingernails out for a bit of light relief.

Bradford said: “I thought the songs were dreadful when I watched the musical version, but now I see that their melodramatic awfulness actually helps to distract from the grimness.

“Unlikely as it sounds, watching a woman forced into prostitution and having to sell her teeth and hair to survive is actually made better by having I Dreamed A Dream wailed loudly over the top of it.

“Even if it isn’t an appropriate moment for a song I’ll break into Do You Hear The People Sing? just to brighten the atmosphere. I’m no Anne Hathaway but I think my family are enjoying my spirited cover versions.”