North Korean Pizza Toppings To Include Cardboard And Old Teeth 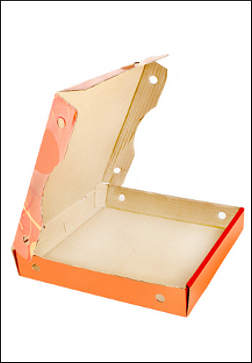 NORTH Korea is to open a national chain of pizza restauarants offering a range of delicious toppings including cardboard, rusty paper clips and old men's teeth.

Each restaurant will feature a wood-fired oven imported from Naples and pizza bases made from ground-up dog bones, toilet water and the axle grease from a disused Russian tank.

Other toppings include shoe parts and fried rat nipples, as well as Jong Suk, a North Korean delicacy for which there is no direct translation although the nearest English equivalent is 'unspecified toe'.

Pak Sang-Sum, manager of People's Restaurant No. 1374 , said: "Our dear leader Kim Jong-Il believes the masses should be able to enjoy the finest foods the world has to offer while at the same time supporting Korea's state-of-the-art cardboard industry.

"To this end we have set a five year target for the consumption of cardboard and stationery products under the watchful guidance of the Committee for the National Pizza Plan.

"All will eat pizza and all will enjoy it. And on May Day the masses will gather in the People's Stadium and hold up thousands of coloured pieces of cardboard to form giant pictures of the nation's favourite varieties of cardboard pizza."

Mr Pak said the cardboard pizzas would be delivered in a thin, square box made of dough, mozarella cheese, tomato paste and a smattering of thinly sliced Italian sausage.

He added: "If your pizza is not delivered within a decade of your order being approved by the chairman of your Regional Committee for the National Pizza Plan, you will get it for free. Or you'll be shot in the back of the head."