SIR Paul McCartney has revealed that the mysterious final track on Abbey Road was actually a cryptic reference to Yoko Ono.

The former Beatle has ended years of fevered speculation over the hidden meaning of Why Don't You Just Sod Off, You Crazy Japanese Cow.

McCartney said: "I wanna apologise to Yoko. I admit I was angry at the time, but I think what I was really trying to say with that song was 'he's my best friend and you're ruining the greatest thing in the history of music you spoilt, pretentious bag of piss'."

McCartney's admission finally sheds light on the enigmatic lyrics, including: "Japanese psycho, shits in her hat in the church where a wedding has been. Looks like a bream."

The McCartney masterpiece is just the latest pop classic to give up its coded personal message.

Last year the George Harrison archives re-released the song he mysteriously dedicated to Eric Clapton, giving the late Beatle a posthumous top-ten hit with For Christ's Sake Would You Please Stop Fucking My Wife. 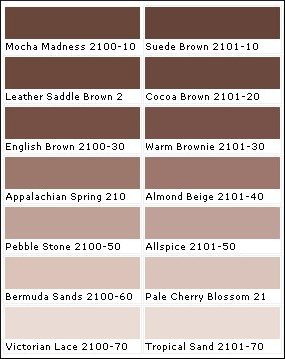 BRITAIN’S immigration policy is to be based on the use of Dulux colour charts, the government announced last night.

From April next year customs officials at airports and ferry terminals will grade new arrivals against a varied palate of earthy browns and creamy taupes.

The shading system will range from the industrious, educated tones of ‘Tropical Sand’ to the unskilled, non-EU crime-wave that is ‘Mocha Madness’.

“Those deemed beige enough will be offered a job, a copy of the Metro and a complimentary Sky+ box.

“Meanwhile the undeniably brown will be told to get back on the fucking boat.”

The policy shift follows a year of intensive pressure on the government to adopt the so-called ‘Himmler Method’ of ethnic profiling, pioneered in Germany in the mid-1930s.

The spokesman added: “We’re also piloting a scheme that involves using calipers to measure the width of the nose and the circumference of the skull.

“Cranial dimensions can tell you a great deal about an individual’s ability to clean a hotel room.”