THE best way to impress girls is to claim to have survived one of Britain’s many completely disastrous music festivals, men believe.

Across Britain, men are dazzling whole bars full of girls with grim tales of how they crawled, using a collapsed tent for cover, through 13 miles of mud to escape Derbyshire’s Y Not festival.

Nathan Muir of Harrogate said: “They’re lapping it up.

“The bit where I burst into tears after admitting I never even saw the headliners because I was saving my best friend from a flash flood, I swear that got me three phone numbers.

“When I then claimed to have been at Liverpool’s Hope & Glory, and because of overcrowding had no choice but to watch The Fratellis’ full set causing me long-term psychological damage, wow. I think I could have had them all at once.”

18-year-old Nikki Hollis said: “Tell us again how you faked being a Craig David roadie to get backstage to save a woman’s life.

May back from holiday with terrific idea 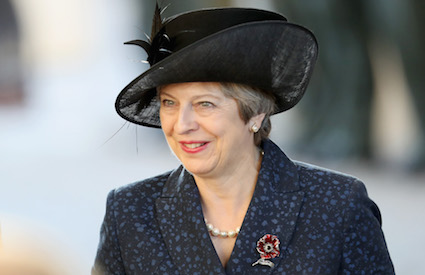 THE prime minister has returned from her walking holiday in the Alps with what she promises is an “absolute genius” idea.

May, who came up with the idea of calling an election while walking in Snowdonia last spring, has refused to reveal any details of her new idea but claims it will transform British politics.

A Downing Street source said: “Oh Christ. She’s got that light in her eyes again.

“I knew we should’ve stopped her going walking. Didn’t I tell you? Why nobody else encouraged her to look at those brochures of fjord cruises I’ll never know.

“She’s bounded in through the door convinced that this new thing, whatever it is, is really going to turn everything around, telling Philip Hammond ‘You ain’t seen nothing yet,’ and then guffawing.

“The idea itself is top-secret but apparently it’ll sort out all our problems with Europe, put us up there with China as a world power and the public are guaranteed to love it. I can’t imagine what it is.”

May said: “No peeking. But let’s just say get the polling stations ready.”