The Renaissance artist, previously only of interest to Popes, is riding a new wave of popularity among fans of album covers featuring dragons and naked women.

Metalhead Wayne Hayes said: “I’d dismissed Michelangelo’s work out-of-hand – even as a Ninja Turtle, he was nowhere near as hardcore as Raphael – but these statues are good enough to flank the stage at Donington.

“The anatomy is exquisite, the detailing is sublime, and 30 minutes with his fresco The Last Judgement made me want to smash my head into the wall while screaming, so it’s up there with Master of Puppets.

“And apparently he did it all without an airbrush. If he’d really applied himself he could’ve been the equal of Iron Maiden album artist Derek Riggs.”

Art historian Susan Traherne said: “Unfortunately many of Michelangelo’s secular works were lost to posterity because they were painted on the back of leather jackets.

“Though we have tentatively identified one piece – a skeleton with flaming eyes wearing a top hat, holding out a fanned deck of cards each of which is the ace of spades – as an early work titled Death or Glory.”

Narcissistic Britons worried they might not be on police photo database 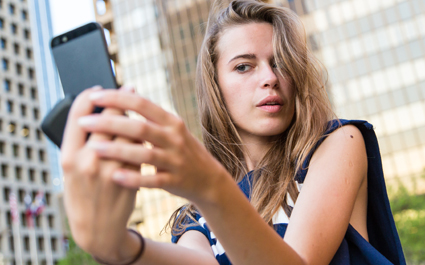 MILLIONS of self-absorbed UK residents are concerned that their photos may not be included in a police database.

Instagram addict Nikki Hollis said: “Apparently up to 18 million mugshots, including those of innocent people, have been stored by police. If I’m not in there somewhere I would be pretty pissed off because I am an interesting and original person.

“I am hot, at least an eight out of ten, and go to a lot of cool venues as anyone using social media should know.

“However I would feel angry and violated if the police had any pictures of me from before 2013, because I was half a stone heavier then and had not mastered the makeup techniques to really bring out my cheekbones.”

A police spokesman said: “We can assure the public that any photographic data is being stored purely for security or masturbatory purposes.”