Morrissey novel demands shelf to itself 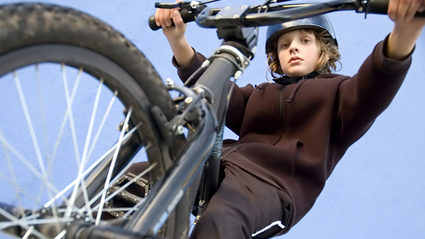 MORRISSEY’S new novel has condemned everything else in the bookshop.

List of the Lost said: “Oh, the precious preening of Amis, the exotic effluences of Rushdie, the plodding procedurals of Jo Nesbo. Spare me their callous cacophony.

“Shelve me alone, though I will permit Russell Brand to be on the next shelf along.

“And do not dare to mark your place with a leather bookmark. My covers shall curl away from such barbarity.”

It added: “I will only permit you to read me while seated upstairs on an otherwise empty bus, on a rainswept trip through nameless English towns full of lonely, dreaming boys who look like a young Terence Stamp.”

Bookseller Julian Cook said: “This book has ideas above its commercial viability. Let’s see how it likes ending up remaindered in Book Discount Zone, alongside Ainsley Harriott and SAS survival manuals.

“I predict it will get a kicking.”

Cigarettes not harmful if someone else bought them

CIGARETTES only damage your health if you paid for them, it has been confirmed.

Researchers found that cigarettes are only harmful to the person who bought them, even if their packet of twenty is entirely smoked by their skinflint friends.

Professor Henry Brubaker of the Institute for Studies said: “We found that if someone smokes a cigarette they have scavenged from a friend, the harmful toxins accumulate not on the lungs of the smoker but the buyer.

“We’ve no idea why this is, clearly it makes no scientific sense, but it’s doubly galling for the purchaser.

“Not only are their mates taking their cigs, they are draining their very life-essence.”

Labourer Roy Hobbs said: “I’ve been smoking 40 a day for decades and I’ve never had a day off sick. That’s because I never, ever buy them.

“I either blag them off people in the pub or sometimes steal them from shops when the owner’s attention is diverted, because stolen cigarettes are also fine health-wise.

“My friends all call me ‘Tight-Arsed Roy’, not that I care because they’re the ones in hospital.”