My Balls Are So Huge, Claims Paxman

JEREMY Paxman has written to the chief executive of Marks & Spencer to tell him that his balls are huge.

The Newsnight presenter said that although he had always had big testicles, they had become much larger and heavier in recent years, partly because of radiation from being on television so much.

Mr Paxman, 57, said he now needed specially strengthened underwear to be shipped from the former Soviet Union to prevent his balls bumping along the ground.

Writing on his Newsnight blog Paxman said: “I have the heaviest sex parts appended to a man since the birth of Christ.

“Each of my testicles is the size of a honeydew melon and weighs around two kilos, while my penis has often been mistaken for a dog.

“When appearing on television I can rest my cock and balls on the floor, but running for a bus leaves me in agony.”

Mr Paxman used to have his underpants handmade until the young men sent to take his measurements complained to the Health and Safety Executive.

In desperation he turned to M&S and their range of underwear and pyjamas for men with huge cocks and large, heavy balls.

Gok Wan, of Channel 4’s How to Look Good Naked, said: “Jeremy has the finest cock and balls I have ever seen.

“I keep dreaming I'm being choked to death by a sea serpent while he asks me over and over again whether I sacked the head of the prison service.” 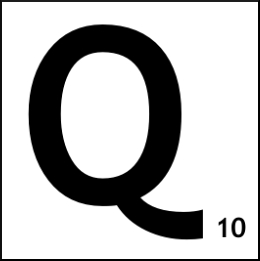 FANATICS who use the internet as a platform for militant Scrabulism will be hunted down like wild pigs, the Home Office said last night.

Home secretary Jacqui Smith said the government would no longer tolerate this 'twisted interpretation of one of the world's great word games'.

Militant Scrabulism, characterised by its passionate hatred of Western values and harsh treatment of women, is finding hundreds of ready followers, many of them disillusioned young men, brought up on Boggle and Yahtzee.

Scrabulous martyrs are promised 72 heavenly virgins, each of whom conceals a triple word score beneath her flimsy garments.

Scrabulism traces its roots to the fourth century AD, when men would play 'Scra-bel' using a large flat stone and a sack full of small flat stones.

'Scrabble', as it become known, remained unchanged for centuries until the development of a travel version in 1962.

Professor Denys Hatton, of the Institute for Studies, said: "When Scra-bel became mobile, it sent shock waves through Western civilisation that resonate to this day."

Those early fanatics, radicalised by Travel Scrabble and later Countdown, have now given way to a new generation of extremists who use the internet to spread their message of hate.

But Professor Hatton warned against stigmatising the whole Scrabulous community, adding: "There are many liberal, tolerant Scrabulists who are very comfortable with words such as 'cock', 'piss' and 'fanny'."

He added: "There are even a few Scrabulous communities who still stage an annual festival based on the word 'quim'."