SCI-FI blockbuster Pacific Rim is to be released in the UK under the title Robots Twatting Monsters.

Director Guillermo del Toro said: “The studio said the title was a little ambiguous, plus the British love fighting.

“It does have a nice ring to it. And the robots in the film are, after all, twatting monsters.”

Architect Mary Fisher said: “It seemed like an arty film with monsters. Now I realise it was just a monster film with arty bits.”

Australia to beat England with one player 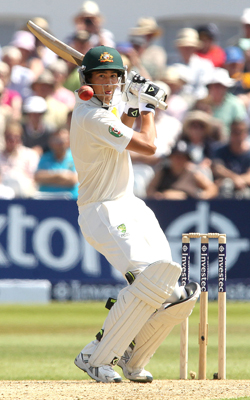 After scoring a third of Australias innings yesterday, the teenager will bowl out Englands batting line-up today while simultaneously acting as wicket keeper and fielding in second slip.

Clarke said: Well still stand on the pitch, applauding and saying bowled, Agar occasionally for the look of the thing but I reckon hes got this one himself.

Hes a young lad so I reckon Australia need not produce another decent cricketer for another fifteen years, and what better place to start that run of cricketing inactivity than England?

Agar batted at eleventh man yesterday to give the rest of the squad the chance to have their photograph taken batting at an Ashes match, inadvertently scoring 182 runs in the process.

Australia will have Agar open the  batting after he bowls England out sometime before lunch today, to ensure the handful of runs required can be scored quickly enough to give the team a free weekend.

Agar said: Looks like its going to be pretty hot today so I reckon Ill skittle out whatever run total England set wearing shorts and a vest.