Refugees ask actors to bring food instead of Hamlet

ACTORS from the Globe Theatre heading to the Calais refugee camp have been asked if they could just send food instead.

As the Shakespearean troupe prepare their tights and make-up, their audience stressed that a timeless classic of revenge and regret is not as useful as a jar of peanut butter or a Pepperami.

Actor Nikki Hollis said: “I just hope the nuance I bring to the role of Ophelia won’t be drowned out by all their teeth chattering.”

Director Tom Logan said: “It promises to be as big a success as the production of Troilus & Cressida I did in Kabul in 2009 from inside an Apache helicopter on a bombing run.”

Hollis added: “It’s great to be able to bring a little joy into somebody’s life by letting them watch me dress up and play pretend. They’re so lucky.” 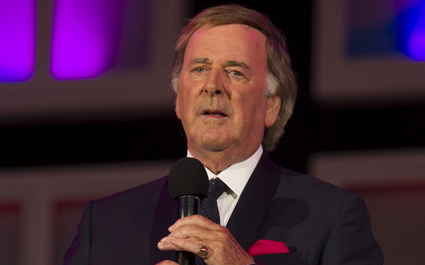 COMPELLING evidence has emerged that a long-standing male BBC presenter was a nice person.

Fans of Sir Terry Wogan, who has died aged 77, have recalled encounters as far back as the 70s where he proved to be friendly, polite and generally pleasant.

41-year-old Emma Bradford said: “I randomly met Terry when we were on holiday in Tenerife. I asked him for an autograph and he happily obliged. Then we had a bit of a chat.

“He was really sound.”

Former colleague Roy Hobbs said: “As a highly successful broadcaster and household name over a period of decades, you might reasonably expect him to be secretly evil. But Terry had a lot of power within the BBC that he somehow failed to abuse.

“It’s controversial to say it about someone like that but he wasn’t a creepy weirdo or even a massive bully. He was a nice, cheerful bloke.

“I’m sorry not to destroy more of your childhood memories but I have to tell the truth.”