POP star Rihanna turned a short journey on the London Underground earlier this week into a salacious exploration of the dark side of her own sexuality.

The Bajan star, wearing thigh-high leather boots and hotpants, and her entourage boarded a train on the Jubilee Line and remade it as a fantasy brothel before disembarking at North Greenwich.

The pop star’s sexual odyssey began even before she boarded the train, when she passed through the barriers by sticking an Oyster card down her pants and grinding her crotch on the card reader.

She then spent the 15-minute journey dancing around poles, pressing her breasts against the glass and frotting herself against several uncomfortable middle-aged male commuters who were trying to read their Evening Standards.

Marketing director Tom Booker said: “At first I was excited to see such a big star on my carriage but I can do without strobe lights and a smoke machine when I’m trying to read Stalingrad on my Kindle, let alone some backing dancer’s tits in my face.

“I got quite excited at one point when I thought she was reading one of the Poems On The Underground, but it was just a rap about wanting to be tied up and spanked.”

Rihanna has taken the Tube before and credits a hour-long delay at Elephant & Castle, where she fought boredom by having sex with a Big Issue salesman, as her inspiration for the recent hit We Found Love In A Hopeless Place.

Anti-capitalist mouse threatening to shit on some yoghurts 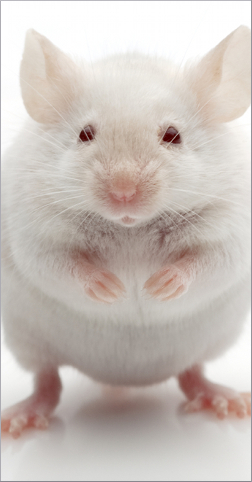 A RADICAL mouse is in a nervous stand-off with security guards after threatening to defecate on some Muller yoghurts in a London Tesco.

The left-wing rodent is currently cornered in a refrigerator, surrounded by staff who are fully aware that any droppings will necessitate the Covent Garden store being burned to the ground.

With its tiny sphincter poised precariously above a four-pack of Muller Crunch Corner, the rodent said: “I demand an immediate audience with Tesco chief executive Philip Clarke.

“As a mouse I do not have property and find the notion of capitalism – as grotesquely embodied by this sprawling corporation –  abhorrent. More specifically, I am worried about the effects of Tesco’s brutally expansionist business strategy on small, local cheese shops.

“One day, in the not too distant future, there will be no cheese except for Cathedral City, the blandest of all dairy products.”

He added: “There is no better creature to make this stand than me. Just by being a mouse I am already a metaphor for tenacity in the face of vast odds.”

A Tesco spokesman said: “The mouse snuck into the store wearing a Guy Fawkes mask, which made it look human.

“We are always open to intelligent debate with our critics and so is our cat.”