Russian dashcam footage, and other weird things your boyfriend watches on YouTube

Your boyfriend’s idea of relaxation involves spending hours watching a mute Canadian man building a yurt in the tundra, or making an oven out of hay. Somehow he thinks that it’s teaching him how to ‘survive in the wild’, despite the fact that you live in a flat in Walthamstow and he doesn’t even like going out into the garden.

Remember in the early days of your relationship where you might go out for dinner, or to the cinema? Well, that’s all gone. Now, your boyfriend’s dream evening is watching bizarre YouTube compilations of Russian motorists getting smashed to pieces on level-crossings or driving into hedges.

Despite having no interest in DIY, your boyfriend can’t get enough of watching bearded American men building shelves in their garages. If he’d used YouTube to find out how to fix the broken wardrobe door rather than to watch rugged lumberjacks turning lathes, your relationship might not be hanging by a thread.

An inexplicably popular corner of YouTube that your boyfriend frequents is footage of various incongruous items being crushed in a large hydraulic press. Before it’s too late consider whether this man, who spends his leisure time watching bowling balls being slowly flattened, is who you want to spend your life with.

In their downtime, some people enjoy cycling, others enjoy reading, some baking. Unfortunately, your boyfriend seems to enjoy watching videos of American competitive eaters titled things like ‘Chad DESTROYS This Louisiana Burger Challenge’, where a man who won’t make 60 eats 14,000 calories in seven minutes. 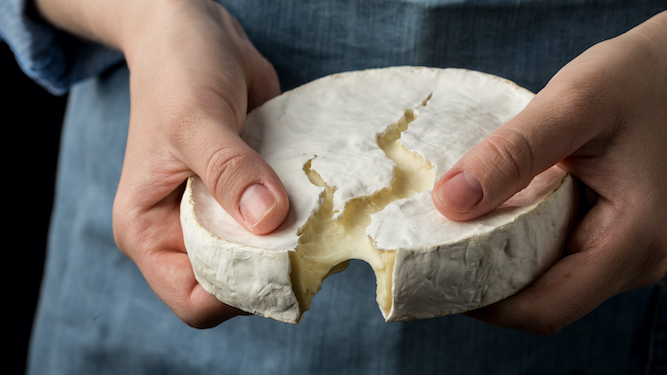 A MIDDLE class woman has confused a potential suitor by counting cheese as one of her hobbies and interests.

Joshua Hudson was left baffled during a dinner date with Francesca Johnson after she simply said the word ‘cheese’ when asked what she enjoyed doing outside of work.

Hudson said: “That was all she said. Cheese. And she said it with an confident smile as if it wasn’t a completely insane thing to classify as a pastime.

“I gave her the benefit of the doubt and asked if she meant making cheese or selling cheese, but she didn’t give anything away. All she did was laugh in a patronising way like I was the one who was talking ridiculous bullshit.

“I tried to let it slide but I couldn’t focus on anything else she talked about all evening. My mind just played back her bewildering cheese obsession over and over.

“At least she didn’t say something infuriatingly vague and meaningless like she loved adventures or being spontaneous. Cheese is a definite thing, despite being f**king weird.”

Johnson said: “I don’t see why Josh is so confused. Cheese, you know what I mean?”