LEAD singers already get all the attention without the need for headwear. These six bands cannot be appreciated musically because of a hat:

The irrefutable chief of distracting head nonsense is Jay Kay, lead singer of 90s eco-funksters Jamiroquai. Despite the catchiness of their tunes, his many hits, and his car-loving Top-Gear-dad appeal, all that anyone remembers about the prick is his needlessly massive band-obscuring hats. They will be his only legacy.

Rivals to Bros in the 1980s, they flamed out after the world noticed lead singer Ben Volpeliere-Pierrot’s Lego-like hat. Experts believe it is not a conventional beret, which would be bad enough, but a Greek fisherman’s hat perched on backwards. Combined with his dance style and fancy name it was enough to see them deliberately forgotten.

Upon hearing the music of the legendary rockers you’d assume Brian Johnson to be of classic rock stock: a youthful, head-banging, dynamic attention-magnet wearing no hat. The cloth-cap wearing bloke that knows your dad from the allotments and visits the pub on a Friday night with a meat tray comes as an unwelcome surprise.

Mancunian singer-songwriter with a number of great songs you’d love to hear, until you remember which one he is. The one who always, without exception, wears a Benny-from-Crossroads woolly hat. And once you remember the hat the hat’s all you can remember, until you turn off the album by the singing hat.

Fred Durst loved a baseball hat: whether right way round to obscure his piercings and goatee, or backwards to let us see the full glory. It was a welcome distraction from his band’s nu-metal and made him the face of the entire scene. Which was a scene widely hated both then and since, not least because of that twat in the baseball hat.

Slash’s top hat and perpetually smouldering cigarette were cool, but Axl? Frequently wore a bandana, or even more than one, and then put a baseball hat over the top. Why? What possible reason could there be for wearing so many head coverings? What level of drug use causes a man to look in the mirror and think ‘You know what? I can rock a third hat’?

Woman's whole personality is eating seeds as a snack 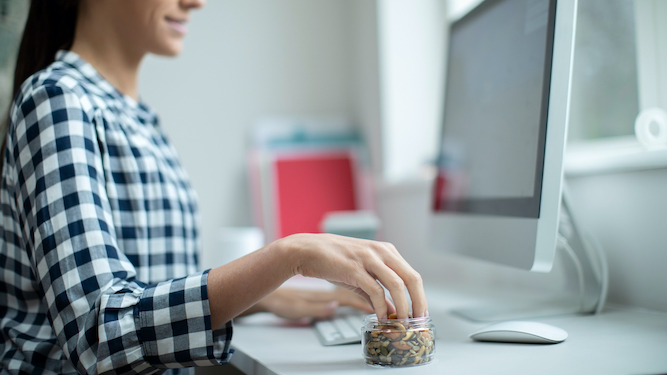 A WOMAN’S colleagues have discovered that her entire character is limited to the fact that she will turn down crisps for a handful of seeds.

Co-workers of Lucy Parry were initially amazed that she actually chose a handful of sunflower seeds over biscuits, and she quickly because an office celebrity before the mass realisation that there is literally nothing else to her.

Manager Eleanor Shaw said: “It was like a circus performance at first. People would drop by from other departments at 11am just to witness her pecking away at sunflower seeds and calling them a ‘treat’.

“But every conversation with her is about seeds. Every single one. Even when you think she’s stopped trying to convert others it’s only because her mouth’s full. Of seeds.

“We’ve discussed every possible thing about them by now. How they’re full of healthy fats, important vitamins, minerals and antioxidants. We’ve even had a detailed breakdown of how their high fibre content has improved her bowel movements.

“It’s making the rest of us look bad. My strawberry yogurt, which I only had because the bitch tuts at a mid-morning Aero, was met with ‘I couldn’t handle something that sugary’. Well I couldn’t handle snacking like a f**king sparrow, but here we are.”

Colleague Martin Bishop said: “I tried chatting to her, because she’s hot, and discovered a second dimension to her personality. Unfortunately it’s open-water swimming.”