A NEW Lord of the Rings TV show is on the way, with viewers already wondering how much more of their lives these hobbits will steal. These franchises won’t ever stop:

There was the book, for 50 years, then there were the films, then the extra-long films, then the dragged-out Hobbit trilogy, and now there’s an £800 million TV series packed full of Gandalf and Galadriel barking on about Middle Earth prophecies. Fans are now so steeped in mystical bollocks they might as well have joined the priesthood.

Deep in the mists of the aughts, there was a successful low-budget horror film. Because it made shitloads of money there have now been nine of them, with a timeline more convoluted than the Saxe-Coberg-Gotha family tree. The films will be made forever and they’ll never be scary again.

Once memorable, forever milked. The sequels and TV show made Lecter more likeable due to familiarity so there’s no way this cash cow won’t be brought back. In three films’ time you’ll be rooting for him to barbecue someone’s genitals in a soy and honey glaze while they’re still alive.

Limited by the fact that the Terminator only does one thing: go back in time and kill someone. But there’s loads of history and John Connor must have loads of ancestors. Cue CGI Arnie trying to kill Renaissance nobleman Jean De Conneur, or the mudskipper that evolved into the Connor line.

Disney’s intention to strip mine Star Wars is clear. In 2029 you’ll be watching a forgettable Kit Fisto prequel exploring his complex relationship with medical droid FX-7. And there will still be standalone Disney+ series for General Hux, Nute Gunray and Arleil Schous, the wolfman thing in the cantina, to get through. And every individual Jawa.

Fans will pay to see Batman even if you’ve made the character rubbish or deeply unlikeable. So filmakers should bring back the camp Adam West version, complete with ‘BAM!’, ‘BIFF!’, ‘POW!’ text. Especially if Christian Bale was starring in it.

Russia vs Ukraine or Vardy vs Rooney: which are you honestly more invested in? 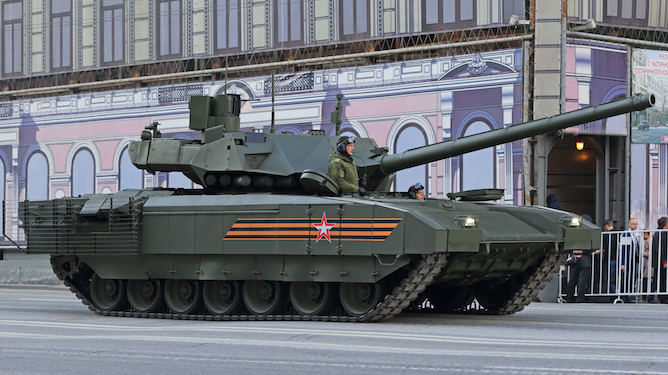 TWO conflicts are dominating headlines: Russia’s and the Ukraine and Colleen Rooney’s against Rebekah Vardy. Which do you honestly give more of a shit about?

For: Russia vs Ukraine

Major land war in Europe. UK likely to be drawn into it because it would serve as a useful distraction from Partygate. Millions of lives at risk. Could lead to nuclear conflict ending all life on earth for up to 10,000 years.

Against: Russia vs Ukraine

A long way away, even further away than the Eastern European countries which are a bit of a trek for stag nights. Unlikely to result in bombing campaigns on Reading. More the EU’s problem than ours and we’ve Brexited. Most people only recently learned that the Ukraine isn’t Russia anyway and it used to be so what’s all the fuss?

For: Rooney vs Vardy

Two good honest British women who’ve got where they are today by working hard on their marriages to millionaire footballers. Everyone’s had that one lying bitch friend. Took place on social media so could be watched live. Has fun ‘Wagatha Christie’ name. At least a slight chance of the more virtuous side winning.

Against: Rooney vs Vardy

Dreadful shouting match between two women whose contribution to society is net zero. Funnelling millions to despicable lawyers. Has already dragged on as long as the Boer War and isn’t finished yet. Unlikely to lead to nuclear conflict, but it can’t be ruled out.

The average Brit scans the headlines about the war, realises the futility of their concern, and goes on to read every sordid detail of the upcoming Rooney-Vardy court case. Did you hear about her agent dropping her phone in the North Sea?