Six movies for men who don't know how to grow up

ARE you a male adult whose cinematic tastes never matured past being a thrilled 15-year-old watching an 18 certificate? These movies soothe your soul:

Arnold Schwarzenegger made a great many comfort food action movies, with endless cheesy, unrealistic violent sequences like a lovely warm blanket. This contains the classic line ‘Let off some steam’ as a man is impaled on a pipe emitting steam. Because subtlety is for subtitled films.

Deepening in dream-like ridiculousness as they go on, all these films star fast cars and men so hugely muscled they can hardly speak. The plots are increasingly complicated but that’s because they’re gibberish, not that they’re Glengarry Glen Ross or Chinatown.

Anything written by Alistair MacLean

Novelist MacLean spawned some highly entertaining WWII movies like Where Eagles Dare and The Guns of Navarone which are absolute  twaddle classics. They’re the equivalent of having a long, hot bath with scented candles and a glass of champagne, but for blokes.

John Rambo can take out all of his enemies with ease, be they macho small-town sheriffs, the Viet Cong or the entire Russian army. He doesn’t need language or emotions. You could probably do the same if you joined a gym.

The greatest and most nonsensical Jean-Claude Van Damme movie begins with rich businessmen hunting the homeless for sport and ends with a massive shootout in a carnival factory. Features a father figure who lives in the woods with only a shitload of guns, as all good dads should.

The cinematic equivalent of playing with all your Action Men in a sandpit, aged six, with roughly the same story. Worryingly for the future of the human race, these shite, predictable films treat men like they have an IQ of about 30 and it seems men largely agree. 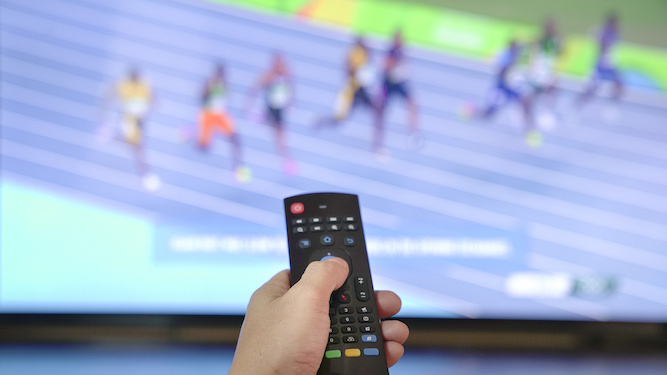 JAPAN has been urged by the international community to drop this whole time difference bollocks until the end of the Olympic Games.

The Asian host of the Summer Olympics claims it has to be eight hours ahead of London because of their later sunrise, but sport fans have called for the country to stop messing about and stage events at their proper time.

Cycling fan Nathan Muir of Northampton said: “I’m sick of getting up at 2am to accommodate the Japanese. It’s taking the piss.

“I don’t care if it’s their ‘tradition’ or whatever, me staying up all night is affecting my work. My boss is furious.

“If they just tried Greenwich Mean Time I’m sure they’d love it. They’d actually gain eight free hours, so that’s a treat, and they’d soon get used to getting up in the early evening and going to bed around noon.”

“Under my plan, viewership would definitely increase. Sponsors would be happy, and, crucially, so would I.”

President of World Athletics Seb Coe said: “That’s an idiotic idea and fundamentally misunderstands the rotation of the Earth around the sun.