THIS year’s Masterchef is the head cook at Tootings Southern-Style Chicken, Kebab, Pizza and Curry takeaway restaurant in south London.

Restaurateur and manager Tom Logan beat off actual chefs with his mainly-microwaved selection of food for drunk people.

Logan said: Its hard to take part in Masterchef when youre also trying to organise the roster for delivery drivers, but I knew my pizza topped with kebab meat would impress the judges.

When Michel Roux went Ooh! at my lukewarm chicken burger with a range of free dipping sauces because it was a bit late, I knew I was in with a chance.

Masterchef judge Greg Wallace said: When I bit into the deep-fried chilli and mozzarella cheeseballs it was as though a taste explosion hadnt happened in my mouth.

I could have eaten at least two more of those after getting in from the pub.

Logan is now planning to set up his own restaurant chain specialising in international cuisine that can be taken out of a chiller unit and reheated in a microwave.

The Mash guide to the Man United shortlist 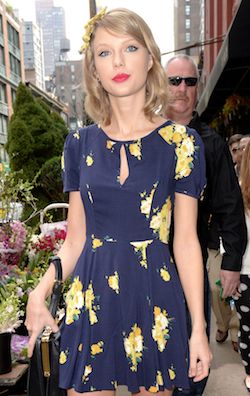 DAVID Moyes has gone, but who will replace him in the toughest job in the world of the football?

Ryan Giggs: The Red legend has been made interim manager, but is unlikely to be appointed permanently because the club want to destroy their legacy United-style rather than just copying Liverpool.

Time travelling Sven-Göran Erikkson: The England manager, fresh from an impressive Euro campaign, is apparently keen to travel 10 years into the future, manage United for a decade of initial success and increasing disappointment, and then return to his own time a broken man.

Santiago Mourinho: The long-lost twin of José Mourinho is a footballing genius who will never forgive his brother for the scars he bears. A titanic emotional battle between these bitter rivals will end on a cliffhanger when Santiago claims to be the real father of Josés son.

Anus Flex Ogre: This masked Scot, who refuses to reveal his true identity, promises to return the club to where it was a year ago after a spectacularly unsuccessful period as a recruitment consultant.

The Continuity IRA: The black balaclava-clad terrorist group with a proven record of following illustrious predecessors could finally bring the stirring sectarian hatred of the Scottish leagues to England.

David Moyes: Everton manager with an impressive list of achievements, including European qualification, on a tight budget who feels he is ready to step up. Strong candidate struggling to explain ten-month gap in CV.