A WEST London painter and decorator has offered to replace the two Damien Hirst artworks stolen from an art gallery.

Norman Steele says he is the ideal person to create new versions of the two works because he keeps all his sample pots in his van.

He continued: “Circles of household paint in a regular pattern on a blank white canvas? I can get those done for you by lunchtime, and for less than £33,000.

“A lot less, if we’re talking cash in hand.”

Mars scientists make up fanciful back story for microbe 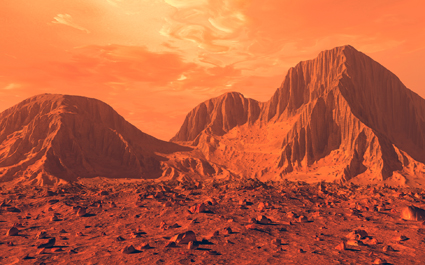 NASA scientists have concocted a story about ‘Mark the microbe’ to make Mars sound interesting.

The space agencys Mars rover, Curiosity, has discovered an ancient lake that once contained microbial life of the most boring kind.

A NASA spokesman said: “Floating around in this primordial ooze there was a microbe and his name was Mark.

“He was a very special unicellular organism, despite lacking a face or any capacity for thought.

“He had adventures, amazing space adventures, these are to be confirmed but keep watching the news.”

He added: “This isn’t working, is it? OK Mars is basically a boulder, sorry about that but it’s not our fault.”