MANCHESTER t-shirt vendors The Stone Roses are to reform for a new series of concerts they won’t turn up to.

It has been 15 years since the La’s tribute band last disappointed thousands of fans by cancelling a show at the last moment because they were convinced their arms had turned into a brace of live trout.

Stone Roseologist, Wayne Hayes, said: “People are really looking forward to their lengthy conversations with Ticketmaster about refund policies, which has to be more enjoyable than seeing the band up close these days because they currently resemble an Altrincham Jobstart course for unemployed zombies.

“Not so much ‘Made of Stone’ as ‘Made of Bits of Gristle and Tracksuit’.”

Venues are already being scouted for the group to not play the two-dozen songs they managed to grind out during their 28-year career and it is felt that demand could be inexplicably high enough for them to fill the whole of Wembley Stadium, with the obvious exception of the stage.

Hayes said: “While their inevitable failure to turn up might be disappointing it will be a veritable Woodstock compared to paying eighty quid to watch Ian Brown shuffle and mumble his way around the stage, shaking his head like a nursing home resident refusing to take a bath.

“It’s just possible that their legacy as a live act has something to do with the fact it coincided with an era when most of the audience contained enough Ketamine to drop a rhino.”

The group will promote the not-tour with a four track EP of aimless wah-wah guitar, set for release on holographic 12-inch some time in the early 2040s. 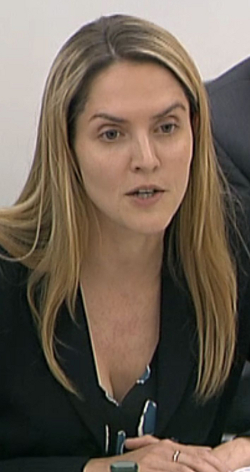 LOUISE Mensch has become the number one cause of odd, conflicted stirrings among Guardian readers, according to a new poll.

As the Tory MP faced down Twitter threats with a typically arousing mixture of stern disapproval and smouldering indignation, thousands of humanities lecturers across the country had to get up from their desks and go for a bit of a walk.

Wayne Hayes, from Finsbury Park, said: “I try to focus on her whole abortion and foxhunting ghastliness but then the image of her in jodhpurs, carrying a riding crop pops unbidden into my head and I come over all peculiar.

“While I firmly believe that the objectification of women has been a major part of their subjugation in Western civilisation and that the sisterhood deserves respect after their heroic struggle against phallocentric society, I have to admit I have knocked myself about something silly thinking about Ms Mensch.”

Mensch first came to prominence with her role in the phone hacking enquiry giving Guardian readers the odd feeling that a dark corner of their psyche was being played out in parliament.

Hayes added: “Here was the most evil organisation ever to have existed, but they were being brought to task by the kind of person I normally accuse of being Hitler at dinner parties.

“The next thing I know I’m imagining her tying James Murdoch up and extracting answers from him by dripping candle wax on his nipples.

“I blame Labour for this. I might be a lifelong party member but our pinup girl is Harriet Harman. It would be easier to knock one out with a cactus strapped to your palm.”