CLASSIC children’s books have been altered to remove words that were not considered obscene during their era, a publisher has revealed.

After a television adaptation changed the name of the character Titty in Swallows and Amazons, it emerged that the book was edited to remove many archaic words like ‘wankblankets’, which was once a common nautical term for the sails of a catamaran.

Publisher Donna Sheridan said: “The original title, Bollocks and Bellends, came from an obscure waterbird, the crested bollock, and a boat named the Bellend due to a signalling bell on its prow.

“When author Arthur Ransome was informed of the problem he just changed those things and also removed the minor German character Mr Bumplay.

“A similar problem plagued Lord of the Rings, with its diminutive heroes Spamplank, Pissbin and Clamlapper.

“Other children’s classics have been altered for artistic reasons. I think we all prefer Alice’s Adventures in Wonderland to Alice’s Magic Hole.

“There’s nothing anyone could do about Enid Blyton, though. If we got rid of all the Dicks and Fannys and people feeling gay or full of spunk there’d just be blank pages.”

Children not as good at cartwheels as they think 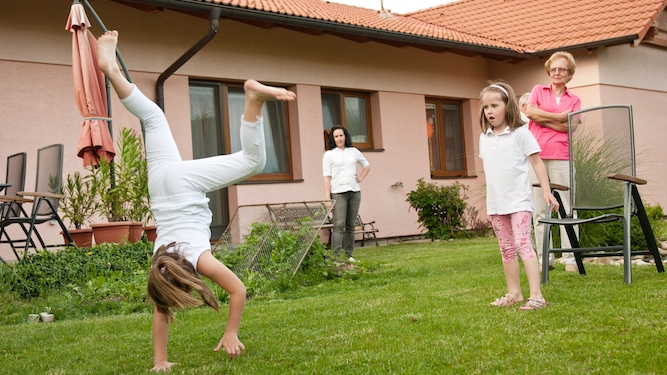 THE overall quality of children’s cartwheels is very poor despite what they think, it has emerged.

Researchers at the Institute for Studies found that most children barely manage to get one foot off the floor, yet they remain strangely confident that their display will invoke awe and wonder in an audience.

Professor Henry Brubaker said: “This is delusion on a grand and frankly tedious scale.

“Most children aren’t doing cartwheels per se – most of the time it’s like watching an old drunk fall over.

The average child spends 36 per cent of their waking life asking adults to observe them making an attempt to do some sort of cartwheel or handstand type thing.

“Maybe there should be a website where adults can anonymously rate children’s cartwheels, that ought to cut them down to size.”