The six shittest Number Ones of the 00s

THE Noughties were a time of low-rise jeans and even lower standards for music. These six singles meant the new millennium was a write-off almost immediately:

The Y2K bug left millions terrified to listen to new music in case their CD players exploded, but an Austrian DJ named after a frozen corpse dispelled those fears by grunting along to a sped-up version of a bollocks 60s track. The world’s stereos survived, but at what cost?

Light My Fire – Will Young

Will Young won Pop Idol and spent the bulk of 2002 releasing insipid cover versions to a public suffering from Simon Cowell Stockholm syndrome. All were bad because he wasn’t meant to beat Gareth Gates and is one of history’s mistakes, but this particular one transforms a brooding Jim Morrison track into wellness centre hold music.

It’s testament to pop’s progression that the public no longer buys albums by Alvin and The Chipmunks. Apart from this monstrosity with its helium vocals which was so internationally successful you couldn’t walk down a Magaluf beach without hearing it blaring out of a flip-phone speaker.

Unique in that it takes elements from two great songs – Sweet Home Alabama and Warren Zevon’s Werewolves of London – to make one really shit one. Even before his pro-Trump bollocks, Kid Rock rhyming ‘things’ with ‘things’ made him a Grade-A twat. And who was listening to Lynyrd Skynyrd in 1989? Get Appetite for Destruction on, dick.

Or Seasons In The Sun or I Had A Dream or Fool Again or My Love or Queen of my Heart or World of Our Own or Unbreakable or Mandy or You Raise Me Up or The Rose. Westlife had 11 chart-topping hits in the decade where nobody was buying singles because we were all nicking them from Limewire, and they’re all either the same song or covers.

The leading example of the brief phenomenon of the answer song, or selling the same people the same shit twice. Frankee was marketed as Eamon’s girlfriend and did a bobbins cover of his ground-breakingly sweary ballad. It was all a transparent lie. Did we fall for this bullshit? Are we that thick? 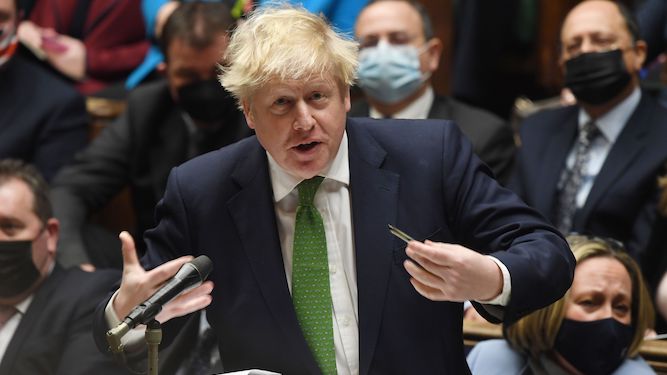 ACCUSED of holding parties, Islamophobia or murder? Simply order an inquiry into it then say you can’t discuss it because of the inquiry. This is how:

A traitorous colleague has leaked a photo of you at a boozy work event with your wife and child in the garden, an MP has gone running to the press about discrimination, or some bastard bleating about embezzlement on a massive scale. Either way, they need to shut the f**k up. Order an inquiry immediately.

There are independent inquiries, and then there are inquiries run by people who you know intimately, who work for you, and who are happy to agree the results in advance. Get one of these useful idiots doing your legwork. It might ruin their reputation, but so what? This is about you.

Now you’ve got a tame little inquiry going, you have an impregnable shield. Questions in the Commons? Inquiry. Fresh allegations surface? Inquiry. Footage released of you giving a White Power salute at a lynching calling for race war? You do not wish to prejudice the inquiry by commenting.

Everyone else needs to wait for the results of the inquiry, not you. In the very week it’s due start talking about how delighted the British people will be to see you cleared by the Who-f**ked-the-Nanny-gate inquiry you yourself ordered, and that you will now focus on what really matters. Subliminally preparing people for a whitewash.

Sometimes little people who believe in facts turn up odds and ends that are politically inconvenient, like dead bodies in the Downing Street garden or another pregnancy. Either redact those bits, do a draft of the report yourself or only release a summary. It’s your f**king inquiry. You can do it however you want.

The inquiry’s over so move on. It’s sad that spad ODed on coke but move on. You regret employing Nazis but move on. Why are these vindictive press still on about the inquiry? It was released yesterday, for God’s sake. It’s drawn a line under the whole affair. Everyone needs to move on.