There haven't been any good albums this decade, media agrees

THE media has announced that there will be no Album of the Decade lists this year because no good albums have been released since 2010.

Publications from the NME to the Guardian to Rolling Stone have confirmed that they would usually be deciding what the best albums of the last ten years were around now, but a quick look at what was released confirms there would be no point.

Music writer Julian Cook said: “I knew it’d be rough. But I thought we’d at least be able to scrape a top 20 together.

“But one look at the acclaimed albums of the last ten years, a disproportionate number of which are by Kanye West, and we quickly decided we should just write this decade off and start with a clean slate.

“Seriously, we’re talking about an era when we decided Taylor Swift was a serious artist, lavished inexplicable acclaim on Beyoncé, and apparently, in the early years, were enamoured with something called an ‘Arcade Fire’.

“Sometimes there just aren’t any decent albums. Look at the 1980s, for example. As responsible critics our job is not to recommend jazz-infuenced hip hop but to warn people away.”

Cook added: “Songs of the 10s? Let me remind you Blurred Lines was a big hit this decade. Case closed.”

How to be a deeply unlikeable Remainer 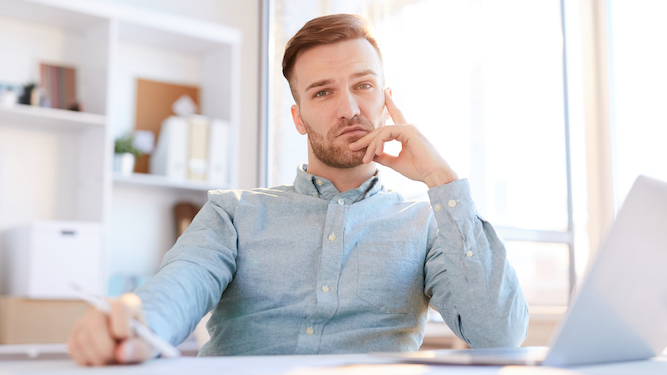 BREXITERS are frequently criticised for being shouty and unreasonable, but – fair’s fair –  Remainers can be obnoxious too. Here’s how:

Is it normal to keep enthusiastically pointing out that many Leavers will soon be coffin-dodging no longer? Will it win support to tell people that it’s a good thing that their brexit-backing grandmother will soon be dead?

Assume you are very, very clever

Brexiters may believe risible things about bendy bananas and Atlantic convoys, but it does not follow that you are extremely intelligent. If you think leaving the EU means you and your children can never go to Europe again you might not be the brainiac you believe.

‘Metropolitan elites’ is a lazy stereotype, but so are ‘thick Geordies’ and ‘retired Home Counties racists’. Such people exist in large numbers, but excluding South Shields-based rocket scientists, the Tunbridge Wells Over-65s Communist Party of Great Britain doesn’t help your cause.

Drone on about London going independent

The powerhouse economy of London might work as a separate city state, but how realistic is it, really? Britain’s crumbling rail services make getting north of Watford tough enough without border checks, and blockades by angry Northerners would see the city starve in a day.

Be as unhinged as possible, perhaps screaming ‘THE PEOPLE WHO ARE TAKING AWAY MY HUMAN RIGHTS MUST BE MADE TO PAY’, even if in real life you are a Guardian reader who gently captures spiders and releases them into the garden.