Train delayed due to drama students in carriage

A TRAIN had to be held in a station while a group of dangerously annoying drama students were removed, it has emerged.

The students were identified after passengers reported seeing bellends singing show songs and gesturing lavishly, clearly with the intention of making people look at them.

Rail staff subsequently decided it would be unsafe for the train to continue on its two-hour journey with dangerous levels of irritation on board.

Commuter Nikki Hollis said: “If I’d had to listen to how ‘Hamlet is a seriously awesome play’ all the way to Bristol I might have smashed a window and hurled myself to my death.

“That and them doing strange poses in the aisle which looked as if they were rehearsing, but were actually just them showing off.”

Railway manager Stephen Malley said: “Drama students on public transport are a menace to themselves and others. Mainly others.

“If you see someone wearing a hat with a feather in or conspicuously doing vocal exercises, do the responsible thing and tell a member of staff.”

The service was delayed for 45 minutes while the students were ushered onto the platform, where they began prancing around and singing bits of Chicago. 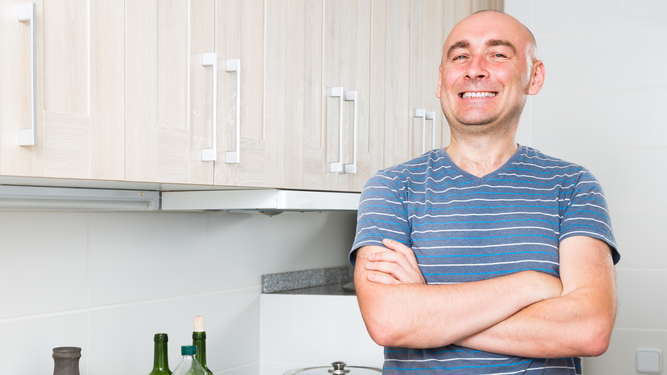 A DAD is delighted to have been proved right about his incredibly obvious TV plot prediction.

Tom Booker was watching dreary generic crime drama Dark Town with his family when he worked out that a character who seemed least likely to be the murderer was, in fact, the murderer.

Father-of-two Booker said: “I bloody knew it! Didn’t I tell you the character Stephen DeVille was up to no good?

“I twigged the second they started playing that shifty music every time he was on screen. I bet you dozy lot didn’t even notice that. It was a clue.

“I also worked it out from the way there was another character who appeared to be the murderer because he was furtive and had a knife. But it’s never the first suspect. I knew that.

14-year-old Emma Booker said: “We all knew Stephen DeVille was the killer and said so several times, but dad couldn’t hear us over the sound of him telling us how clever he was.”