BRITAIN came a proud second after Ukraine in Eurovision after being recognised as the next most f**ked country in the competition.

Ukraine’s Kalush Orchestra deservedly took the top prize because their country has been invaded by Russia, but the UK’s Sam Ryder came in second because of the terrible damage his country is inflicting on itself.

Swedish voter Anders Haggkvist said: “Eurovision is political as well as musical, so Ukraine came first this year no question. But this does not mean we do not feel sad for Britain.

“You have energy costs spiralling, you have all the crippling effects of Brexit, you suffered so much more from Covid and you have this man in charge who is effectively a natural disaster.

“It is terrible to see and we are unable to help. So we used the Eurovision vote to say to the people of the UK, stand tall. Stand strong. One day your nightmare will be over and you will be free.

“The act? He was not on stilts or dressed as a disco cow and his song was not about holding a naked shaving party with your buddies and had no great lyrics like ‘gling-glanga-glong’, so I cannot say it was second place on merit.

“But that’s Britain for you. They know nothing about good music.” 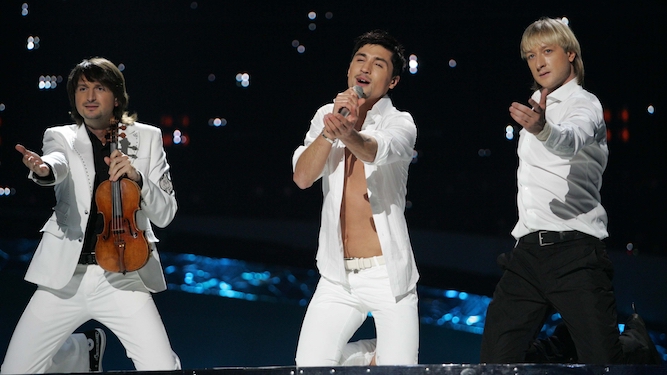 AN INSECURE heterosexual man is too scared to watch Eurovision because it is so camp, it has emerged.

Despite claiming to be perfectly comfortable in his sexuality, Tom Booker will consciously avoid watching the Eurovision Song Contest and instead busy himself with traditionally masculine tasks.

“It’s only a bunch of performers expressing uninhibited solidarity via the medium of flamboyant singing. It’ll take a bit more than that to terrify a big burly bloke like me. Now excuse me, I have to go change a tyre with a welding torch.”

Booker’s girlfriend Nikki Hollis said: “The one time Tom watched Eurovision he instantly broke out in an anxious sweat, then he started overcompensating by ogling the Swedish contestant’s breasts and telling me ‘you don’t get many of them to the pound’.

“By the end of the night he was cowering behind the sofa and flicking through an old issue of FHM, and when we turned in he made me check under the bed for Graham Norton.

“This either means he’s in the closet or he’s been totally poisoned by toxic masculinity. As his partner, I’m not sure which is worse.”