THE husband of singer Amy Winehouse is demanding to be executed in a last ditch attempt to avoid another moment in his wife’s company.

Blake Fielder-Civil is awaiting trial on a number of charges but has already lodged an appeal asking to die by firing squad.

His lawyer, William McKay QC, said: “My client understands that Britain has turned away from the death penalty, but he simply asks you to look into your hearts, or at least play the first 30 seconds of his wife’s latest album.”

He added: “Seriously, she’s such a total cow.”

Wayne Hayes, a human rights activist, said he had devoted his life to campaigning against the death penalty but was prepared to make an exception for Mr Fielder-Civil.

“Have you heard the women sing? No wonder her hair sticks up like that, I think it’s a cry for help. I’d have flung myself off the roof by now. The boy deserves a street named after him.”

Meanwhile Winehouse could face charges over claims she stole her singing voice from Butterfly McQueen, an 83 year-old black woman from Augusta, Georgia.

Mrs McQueen said: “I done gone lend that white bitch my vocalising chords and she be nothing but using them to cuss and fight and all. But what’s a poor black folks to do? She done broked it.”

Britain Advised To Fill Up On Bread 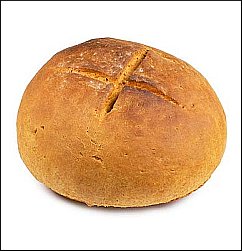 THE Bank of England is advising Britain to fill up on bread and make tea with their own urine after new warnings of an economic slump.

Mother's Pride consumed with tap water or a thin gruel provides good bulk and will relieve hunger pains for up to six hours, the Bank said.

Wholemeal will provide a greater feeling of fullness for longer with fewer slices, however it is more expensive and should be reserved for birthdays and weddings.

Mervyn King, the Bank governor, said the global economy, "is going down the turd-funnel – sharpish", but warned against ciabatta and focaccia which he said were full of hot air and holes.

"The price of foreign bread is unsustainable. Meanwhile some spic in a caff that stinks of fat wants an Ayrton for a fucking sandwich which doesn’t even fill you up? Maybe if I got to sleep with his daughter as well. I could get four pie meals with mash and liquor for that. Sesame seeds? I shit 'em."

The Bank also wants households to limit themselves to one toilet flush per day and recommends families draw lots for the first and last expulsion.

And it is urging people to avoid expensive kettle boiling by making tea and coffee with their own urine. "It's steaming hot and produced within a body powered purely by bread. What more do people need?" the Bank said.

Alistair Darling, the Chancellor of the Exchequer, added: "Has anyone got any handy-wipes? The poo is now running down my legs."