A WOMAN was so scared during a horror film she totally forgot she had eyelids and used her hands instead.

Emma Bradford also tried using a cushion and her partner’s shoulder in a desperate attempt not to see the gory bits in The Evil Dead.

She explained: “I was so terrified I just forgot how eyes work. I thought about digging a hole in the floor and then placing my head inside it but I didn’t have a spade. I even toyed with the idea of setting the TV on fire.

“In the end, I realised that this is exactly what hands are for! They’re like eyelids on sticks that also protect you from baddies.”

Emma’s partner Wayne Hayes said: “I wouldn’t mind but she spent half the fucking film asking me to explain what happened in the bits she didn’t see.”

I smashed my kids' iPads because money and material things are meaningless, says Kirstie Allsopp 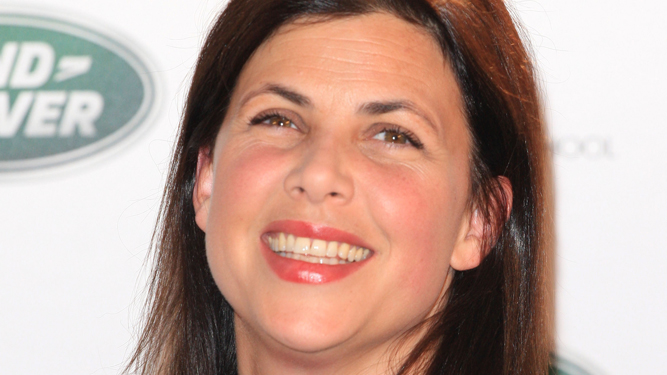 TV PRESENTER Kirstie Allsopp has admitted she smashed her children’s iPads to teach them that capitalism is not the path of the spirit.

Allsopp, whose Channel 4 show with tantric sex guru Phil Spencer taught Britain to reject shallow materialism, confessed she was worried that her children were straying from the teachings of Buddha.

She continued: “As I always said in Location Location, worldly phenomena such as a five-bed in the Essex commuter belt with potential to add value via a loft conversion are merely a veil masking the eternal truth.

“The boys only had the iPads for the meditation apps, or so they’d told me, but I found them playing a game which not only celebrated violence but the ownership of territory which could no more belong to a man than to the lowliest potato bug.

“So I shattered the iPads, in doing so showing them that all material things are ephemeral and only the self is eternal. That’s just good parenting.

“Ultimately, I want the whole country to be so enlightened it has no possessions or money at all. That’s why I support the Tories.”