93 per cent of Waterstones staff have neckbeard

STAFF in high street book chain Waterstones have an unusually high incidence of neckbeard, it has emerged.

Researchers found that all of the store’s male employees and 71 per cent of its female staff have an unkempt beard line reaching almost from chin to chest.

Waterstones worker Roy Hobbs said: “As a sensitive humanities graduate with an extensive knowledge of Haruki Murakami books, I do not see shaving my stubbly neck as a big priority.

“Also it is unofficial company policy to recruit neckbeard owners as they are more reliable.”

He added: “Mine’s not even that pronounced, I just don’t see much daylight so my pale throat contrasts more with the hair.”

Third of UK inaccessible due to undetonated fireworks 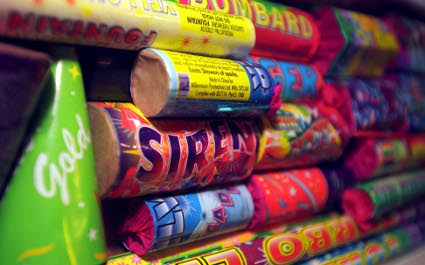 MORE than 30 per cent of the country is off-limits because of fireworks that did not go off.

The fireworks, which range from an ASDA Eyjafjallajokull to a 256-shot Tsar Bomba, have issued nothing more than a wisp of smoke in the last eight hours.

Chief fire officer Norman Steele said: “Each fireman swears a sacred oath to the Firework Code each morning, repeating ‘Never, ever go back to a lit firework’ in unison.

“Not even if you’re wearing protective equipment and carrying a massive hose, not even when it’s been soaked with 240,000 gallons of water. Never.

“We’ve proposed a joint project with the Atomic Energy Authority to entomb them in concrete, but until that’s finalised the public must continue to stand well back.”

Amateur firework display organiser Tom Booker said: “The standard safe distance is 25ft, so I can’t use my own garden now.

“In fact the garden’s only 12ft long so actually I can’t use the rear half of my house.”