Abattoirs to get funky makeover

BRITAIN’S abattoirs need more contemporary styling, it has been claimed.

Leading interior designer Roy Hobbs believes the lack of visual flair at the UK’s animal processing facilities is responsible for the horsemeat affair.

Hobbs said: “Even just a few scatter cushions dotted around would brighten up most abattoirs immeasurably.

“They generally look really depressing, and when a place lacks style it has a bad energy and that reflects on the slaughtermen’s attention to detail.”

He said: “We’ve even built a DJ booth in the loading bay, so that the pigs and cattle can enjoy sounds ranging from trip hop to funky house.”

Abattoir worker Tom Booker, whose job is to stun pigs with electric tongs, said: “I was cynical at first but actually it’s made me really enjoy coming to work.

“The practical, blood-coloured espresso bar is a particularly nice touch.” 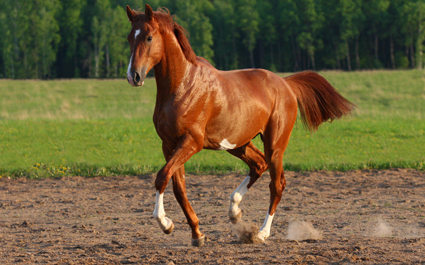 A HORSE is really just a cow with elongated legs, it has emerged.

The government has issued households with horse photographs after realising most people didn’t know what one looked like.

“I had been really freaked out by this whole meat uproar because I thought horses were small spiny things with monkey-like faces and expressive eyebrows.”