“Also there is unlimited bog roll. And course of a fridge full of smoothies.

“You’ve never seen anything like it, it’s really high-end stuff. My brother works for Microsoft and if he wants to fire one off he has to go in the disabled toilet.”

A Google spokesman said: “Working for Google is so amazing that most of our workforce is in a permanent state of sexual arousal.”

The multi-million redesign also includes an indoor haunted forest with real ghosts and a gladiatorial arena where workers can fight to the death while drinking free smoothies.

Key similarity between Christ and Superman is that they're both made-up, say experts 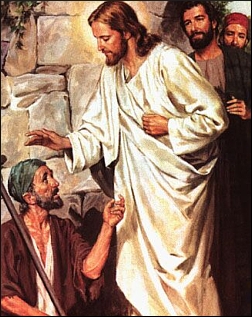 THE stories of Christ and Superman share many elements that are completely fictional, experts have revealed.

As it emerged that Man of Steel is being promoted specifically to US Christians to make them even more into Jesus, researchers said it could actually help them understand something about the nature of storytelling.

Professor Henry Brubaker, of the Institute for Studies, said: “Both came down from the heavens and had no Earthly father. Both grew up in small communities. Both wandered in the wilderness before going to the city to begin their ‘mission’. And both performed miraculous acts. Which didn’t happen.

“Do you want me to start again?”

But Roy Hobbs, a Christian from Ohio, said: “Of course no-one believes Superman is real – at the moment.

“But in 2000 years time my descendants will believe that Krypton existed and that Lois Lane came back from the dead because Superman turned back time by reversing the rotation of the Earth. Why would they question it?”

Professor Brubaker added: “One of the chief arguments put forward to support the idea that Jesus was real is that there are many different versions of the same story.

“Sorry, I got confused.”