TONY Blair has made his first move as Middle East envoy by offering seats in the House of Lords to some of Palestine's most radical elements.

Blair said he wanted to bring Hamas into the political mainstream and was able to do so at a very reasonable price.

The former prime minister stressed that active participation in the Upper House would make Hamas more responsible and stressed there was, "absolutely nothing wrong with selling peerages, apparently".

The funds will be paid into Blair's personal account and be used to keep his wife Cherie out of the public arena.

Blair added: "I truly believe that very soon we could be selling seats in the House of Lords to Hezbollah, Islamic Jihad and even Al Qaeda itself."

He has also begun talks on a series of football matches between the Israeli cabinet and the Hamas executive committee.

Blair said Newcastle and England striker Michael Owen would be willing to play for Hamas until they sort out a regular training programme.

"If that doesn't work I'll just sit down with them, hold their hands and stare at them until they hug me," he added. 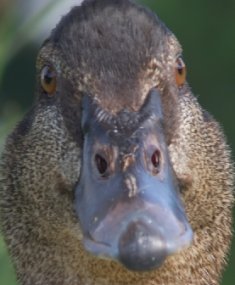 BRITAIN'S flood defences have been undermined by a decade long conspiracy involving some of the country's most influential ducks, the Daily Mash has learned.

Labour sources have blamed senior ducks in Whitehall for consistently blocking plans for a £1bn upgrade of flood management schemes across the UK.

Labour claims the conspiracy also reached into the heart of local government where ducks involved in emergency planning would 'lose' important documents or 'forget' to place vital construction contracts.

A senior minister said: "History has taught us that in situations such as this, the first question we must ask is 'who benefits?'  It's quite clear that in this case the answer is water fowl.

"Whenever the issue of flood management came up the ducks around the table would try and change the subject or insist that budgets were already overstretched."

Labour insiders say they have evidence of ducks shredding documents, deleting emails and bribing or even blackmailing MPs, councillors and civil servants.

Last night the swans, geese, coots and grebes attempted to distance themselves from the ducks.

A spokesman for the British Association of Swans said: "Ducks are notoriously self-serving and corrupt.

"For years hardworking swans have been hitting their heads against a glass celing placed there by ducks. Or possibly joiners, we're not 100 per cent sure."