BP Has All The Money

THE mystery of where all the money has gone was solved today as BP announced profits of £1200 a second.

Economists, baffled at the disappearance of more than £1.8 trillion in the last 12 months, now believe it is sitting safely in the account of the multinational oil giant.

Bill McKay, chief economist at Donelly-McPartlin, said: "I'm so relieved. We've been looking for this money for ages.

"Some claimed it had been abducted by aliens, while others insisted it had been stolen by pirates and buried under a palm tree in the Caribbean.

"But I always had a feeling that BP would have it. You see, money is a bit like a salmon. It swims around in the ocean for a while but sooner or later it always finds it's way back to BP."

Meanwhile the company has produced a new promotional video of chief executive Tony Hayward explaining how the company can now afford to buy a Sony Bravia 46-inch LCD TV from Comet every second.

Mr Hayward is then seen clicking his fingers at regular intervals while saying, 'there's another one, and another one'. 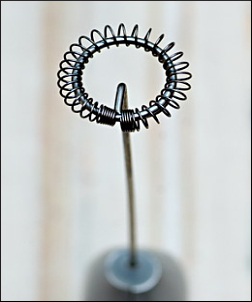 BRITAIN is reining in its spending by wasting money on cheaper crap.

Unable to afford big-ticket items they do not need, cost conscious consumers are instead investing in smaller bits of uselessness.

In the run up to Christmas shops are reporting a sharp fall in sales of telephones that also take photographs and high definition televisions that show awful programmes.

Emma Hollis, from Ipswich, said she could no longer afford Christian Louboutin shoes but would still treat herself to a 'Mr Frothy' coffee frother and a Franklin Mint plate depicting the cast of Ocean's 13.

She added: "I've got £30,000 of credit card debt and a mortgage I cannot pay, but what I don't have is an ice cream maker with big, happy feet."

Charlie Reeves, of Bristol, said he would now be forced to keep his latest television for an extra six months but does have his eye on a remote control teapot and a pencil sharpener that also takes photographs.

He added: "I have thought about putting some money in a savings account, but then I got all depressed and bought myself a pair of chocolate thumbs."