Capitalist drinks companies thank socialists for all the money

As pub, supermarket and off-licence tills rang long into the night, the alcohol manufacturers said that although Margaret Thatcher was dead, large, profit-hungry corporations definitely weren’t.

A spokesman for the British Alcohol Association said: “If this is what they do when an old lady dies, can you imagine the sort of celebration they’ll have if they ever defeat capitalism?

“I wonder when that will happen?”

Giant Jaffa Cake could be used to drive people insane 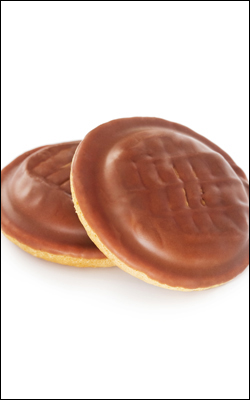 A MASSIVE £7 Jaffa Cake could be used in psychological manipulation, it has been claimed.

The Jaffa Cakes ‘Big One’ is the size of an actual cake. But experts have warned that the product’s surreal nature could be used to drive vulnerable people past the edge of sanity.

Psychologist Tom Logan said: “Suppose a philandering husband is trying to drive his rich wife mad so he can pack her off to a mental hospital, like in a Hitchcock film.

“She’s in bed on the verge of a nervous breakdown, then he comes in all like ‘I thought you’ve like a cup of tea and a lovely Jaffa Cake’. Except the Jaffa Cake is as big as her head.

“The wife would be like ‘what the hell is that?’ to which the husband replies ‘it’s a normal Jaffa Cake, why?’

“At that point her mind would snap, by tea-time she’s jumped off the roof and he’s away in the convertible MG with his secretary.

“So you see, the weirdness of scaled-up confectionary means that it could be deadly if it fell into the wrong hands.

“Also it’s bound to re-ignite the debate on whether it’s a cake or a biscuit. Who gives a fuck?”

Mother-of-two Eleanor Shaw said: “I think it’s ok provided you keep a normal Jaffa Cake next to it at all times, to give a sense of proportion.

“Otherwise you might start to think you’ve been shrunk by gamma rays.”