CO-OP account holders have praised their bank for continuing to be very, very different indeed.

The bank, which set itself apart with a policy of ethical investment, is now immersed in a scandal allegedly involving crystal meth, rent boys and Methodism, which customers have praised as ‘counter-intuitive’ and ‘daring’.

Co-op account holder Martin Bishop said: “I can’t think of another bank which would have such a refreshing approach to disgracing itself beyond belief.

“The mainstream banks could, feasibly, have scandals involving rent boys and drugs, drugs and Methodism or Methodism and rent boys – but not all three at the same time.”

Customer Emma Bradford added: “RBS and HBoS were driven into the ground by people with years of banking experience. I’m proud that my bank chose to be led – and almost destroyed – by a Methodist minister.

“Even though it’s now been taken over by US hedge funds, I hope it continues to make me ashamed in a way that makes me proud.”

Nectar points not for anything 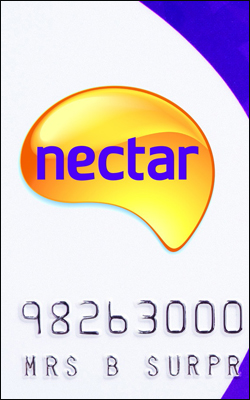 SAINSBURY’S has confirmed that collecting Nectar points is done for the sheer love of it.

The loyalty card scheme was widely assumed by customers to eventually give them free stuff, an attitude which the supermarket called “disgustingly materialistic”.

A Sainsbury’s spokesman said: “Why does everyone expect something for nothing these days? Collecting Nectar points is a marvellous hobby for young and old, and swapping them is a great way of meeting new friends.

“Every Nectar point you earn is a little time capsule, a reminder of where and who you were when you did that Christmas shop or bought your children’s first Easter egg.

Why ruin a wonderful collection by trading them in for groceries thatll be gone and forgotten in a couple of days? Would you trade a precious stamp collection away for a bag of oranges?

Collector Tom Logan said: Ive got more than 150,000 Nectar points, and every single one is special to me. Theyre my children and I could never bear to let them go.

Customer Donna Sheridan said: I did wonder why I always used my Nectar card but never received any kind of vouchers or anything.

Now I understand that other loyalty schemes might offer free goods, but Nectar points are their own reward.