ENERGY companies will be forced to invent a new range of bullshit excuses for putting up prices whenever they feel like it, it emerged today.

Industry regulator Ofgem is set to impose new rules after an investigation revealed that the 'wholesale energy markets', blamed for a series of price hikes in recent years, do not actually exist.

An Ofgem spokesman said : "When we asked the companies where they get their energy from they all said it was from some guy called Ishmael who runs a market stall in Uzbekistan.

"They gave us directions and sure enough eight days later we found ourselves in the middle of nowhere face to face with a confused looking man and a herd of camels."

"We asked him if he knew Ishmael or the whereabouts of the wholesale energy market but he just laughed and then asked us which of his 'girls' we would like to have sex with."

The six big energy companies will now be banned from even mentioning wholesale markets and must each come up with a different bullshit excuse to prevent any suspicion of price fixing.

Powergen has already responded to the new regulations, claiming it has been forced to increase prices by 8% after its April batch of electricity was stolen from the boot of its car by a gang of Irish gypsies.

Meanwhile a spokesman for rivals E-On said: "Someone left a gate open on our gas farm and all the gas escaped and we had to hire a load of cowboys to round up the gas and that means the price of gas has to go up again, sorry."

However Ofgem stressed the energy companies will still be allowed to charge extra for so-called 'green' electricity as long as guilty middle class people are stupid enough to pay for it.

Benitez Signs On For Five More Years Of Buck-Passing 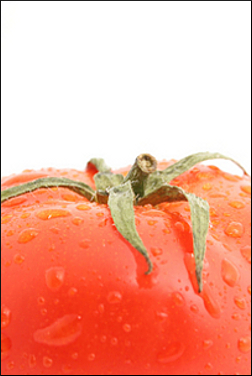 RAFAEL Benitez has signed a new contract which will see him blame other people for Liverpool’s failures until 2014.

The coach, linked recently to Real Madrid, said his love for the city, for the fans and for apportioning his shortcomings to a varied cast of largely irrelevant bystanders was 'impossible to resist'.

After months of wrangling, Liverpool chiefs agreed to new clauses which will allow Benitez to berate one board member a month for the team's failure to beat a recently-promoted Championship side.

He will also be allowed to blame Sir Alex Ferguson's eyebrows, the influence of Mercury in Virgo and all refereeing decisions, including those that have nothing whatsoever to do with Liverpool.

One sticking point was the manager's control over transfer budgets, with previous signings including a blind, 80-year old Spanish midget, a large Spanish tomato with a picture of a footballer drawn on it and Jermaine Pennant.

It has also emerged that Benitez insisted the negotiations were conducted in front of a large screen showing the recent goals against Manchester United and Real Madrid, as he gestured periodically while muttering 'muchos dineros' to himself.

Owner Tom Hicks said: "I was never worried that Rafa would quit Anfield. We are, after all, paying him four million pounds a year to produce the kind of football that would cause an amphetamine-fuelled Jonathan Pearce to slip into a coma."

Man Utd boss Sir Alex Ferguson also welcomed the new contract adding that he was relishing another five years of attempting to gradually nudge his rival into complete insanity.