BRITAIN'S estate agents are showing houses to each other in a bid to combat loneliness and prevent their traditional skills from dying out.

With house sales non-existent there is mounting concern the ancient arts of describing the different rooms inside a property and then walking around it with someone could soon become extinct.

Last night estate agent Tom Logan told estate agent Bill McKay this was a charming property that had undergone extensive renovation and although it was at the upper end of his budget he should really have a look at it.

McKay agreed that the renovations have been done tastefully but wondered what he would do with this large room that contained both a cooker and a refrigerator.

Logan explained that this room was a kitchen where McKay would be able to store and prepare food.

He then directed McKay to a large cupboard under the stairs that not only contained a toilet but had storage room for cloaks and other outdoor garments.

McKay said this was a useful feature but stressed he was particularly keen to discover if the house included any rooms where he could put a bed for the purposes of sleeping.

Logan said the house had three rooms which fitted this description as well as an additional room which contained similar equipment to the cloak storage area but also included a long, white pot that could be filled with hot water.

McKay said the pot seemed big enough to hold an adult human and that the room would be perfect for personal cleansing, as well as the expulsion of waste.

Logan agreed and said he was looking forward to phoning McKay eight times a day until he agreed to put in an offer. 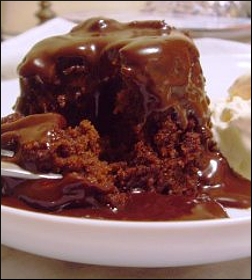