Everything on Black Friday costs your soul

THE price of any item reduced on Black Friday is whatever it says on the label plus your very soul, retailers have agreed.

Incredible discounts on games consoles and televisions have been co-financed by the essence of evil, which has successfully expanded its soul-harvesting operation from the US to the UK in the last two years.

A spokesman for the British Retail Consortium said: “Beats By Dre headphones. An iPad Mini. The exciting new Nutri Ninja.

“Can anyone reasonably argue that discounts of up to £50 on any of these items are not worth a teeny, tiny little soul that you don’t really need anyway?

“You can’t wrap your soul up and put it under the tree on Christmas morning to delight your loved ones. Not that any of the items bought today are presents, it’s all just feeding your own venal greed which is why we’re doing so well.”

“But what the daft bastards don’t know is I’ve already signed it away on three different credit cards and a Debenhams storecard.”

RAF to look for any unbombed bits of Syria 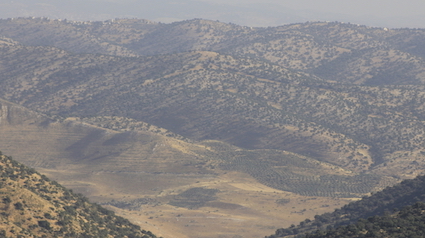 DAVID Cameron has called on Britain to flatten the last remaining bumpy bits of Syria.

Making his case for British airstrikes against ISIS, the prime minister told the House of Commons there was an outside lavatory 15 miles from Aleppo that still has its roof attached.

He added: “It stands there, being a toilet, brazenly defying our values. If not now, when?”

The prime minster then listed seven other small buildings across Syria that remain structurally sound, including a newsagent, a car wash and a fruit kiosk that could be sheltering up 20,000 ISIS maniacs.

He added: “We have learned the lessons of Iraq. Too many buildings were left standing in Iraq. And it was in those buildings that ISIS was formed.

“We will only bring peace to the Middle East when all the buildings have been destroyed and everyone has to stand around in the street.”

Meanwhile, Cameron has not ruled out sending troops to Syria to jump up and down on any small bits of the country still sticking out of the ground in a campaign codenamed ‘Operation Snooker Table’.