A SAUDI prince with 14 Rolls Royces and a boat the size of a hospital last night decided to put you out of work because he doesn't have enough money.

Prince Al-Faisal Bin Salaam and his fellow OPEC members agreed to cut production and increase the price of oil after realising their lobsters needed more jewellery.

The oil producers admitted the price rise could push vulnerable British employers into administration, but insisted you would do exactly the same if you had their kind of money.

A Saudi spokesman said: "One minute you're picking up your new Rolls Royce and thinking life is good, and the next you're pulling up at the traffic lights alongside your neighbour who is being carried about on a crystal throne by the Harlem Globetrotters. It's incredibly embarrassing."

Economist Dr Stephen Malley said: "Oil is the world's basic raw ingredient and influences the price of absolutely everything else in the marketplace. So when we're in a recession and everyone's a bit skint it is generally helpful if you can keep the price as low as possible.

"Unfortunately in this case we did not foresee a devastating shortage of lobster jewellery across the Arabian peninsula, thereby requiring a 30% increase in the price of a barrel of crude. And you wonder why we don't really get along?" 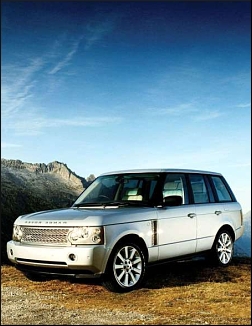 THE government is lining up a multi-billion pound bail-out for Jaguar so it can keep making absurdly expensive cars that do 12 yards to the gallon.

Business secretary Peter Mandelson said it was vital Britain retained the skills and technology to produce pointless vehicles that cost more than the average salary to insure.

The Indian-owned company makes the pathetic Jaguar range of luxury cars, as well as the ludicrous Range Rover Sport, favoured by drug barons, footballers and the women that feed off them.

But Mr Mandelson stressed the government could not simply write a blank cheque for businesses that did not employ large numbers of Labour voters in key marginal seats.

He said: "There is also a huge chain of companies that rely on Jaguar's success. When one of these cars is actually sold, it then has to repaired at least six times a year. And of course you do have to replace all the bits that keep falling off.

"And then there's the billions that will be spent on road repairs, flood defences and treating the millions of British children who will develop chronic asthma thanks to the gigantic amounts of filth spewed out per kilometre by the Range Rover's magnificent V8."

He added: "Experts say the cars of the future will be bigger, uglier, thirstier and more expensive than anything you can possibly imagine. It is therefore right that we keep paying the working class people of Halewood and Solihull to churn out these things even if we end up throwing them into the sea."

Meanwhile the Indian government said last night that it was unable to bail out the car company because it had just spent its last £10 billion on another mission to the moon.