Government gives &#163;1bn to builders instead of you

THE government is to boost the economy by giving £1bn to some builders instead of you and your friends.

The money will be used to keep labourers busy but will also have the knock-on effect of boosting sales of the Daily Star, cheese and onion crisps and full-fat Tizer.

A Treasury spokesman said: “Labourers are usually the first to start knicking stuff if they’re sat around twiddling their thumbs for too long.

“We thought we’d better throw up a few bridges and a couple of power stations before all kinds of shit goes missing.”

He added: “Serves you right for passing all those exams.”

But newly qualified ballerina, Sophie Watson, said: “Why not invest in ballet? We could employ 35,000 more ballerinas who would then pay income tax and spend loads of money on toe cream and taffeta.

Meanwhile experts said that while the £1bn of infrastructure investment would keep wide-knuckled mono-browed labourers off the streets and help their bosses buy new Range Rovers, very little money was likely to find its way back to the public purse. 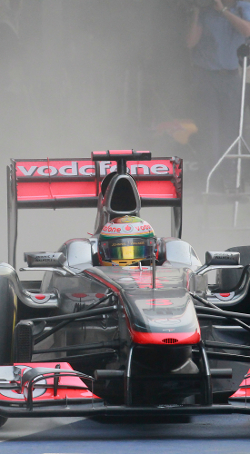 LEWIS Hamilton’s recent dip in form is because he is actually in his mid eighties, it has emerged.

After picking up penalty points for spending the entire race in India with his hazard lights on, the McLaren driver has further enraged his employers by asking if his sister Enid can be in the car with him for the rest of the season.

The team’s engineers are now hurriedly trying to adapt Hamilton’s car into a two-seater with room for a packed lunch, a thermos of tea and an enormous box of tissues on the dashboard.

Since the discovery of Hamilton’s real age, experts have analysed cockpit recordings from his 2008 championship winning season and determined he drove so quickly because he was on statins at the time and also believed he was being pursued by ‘dagoes’.

After the Indian grand prix Hamilton said: “I was busy keeping my eye on my wallet, because I was stationed here during the war and I know what the locals are like and the next thing I know some dirty bugger nearly shunts me off the road.

“It shook me up so badly I had to switch off Chris Evans and stop into the garage to see if anybody got the feller’s number plate.

“But they tried stealing my tires so I just drove off again.”

F1 bosses have asked Hamilton to settle his differences with Felipe Massa after several clashes between the pair but the British driver and former local magistrate is insistent Massa is a neighbour that borrowed a lawnmower off him in 1973 and never returned it.

Hamilton added: “He knows what he said to me during that Christmas social at the Conservative Club and he knows I used to box in the army so he’s lucky I’ve not given him what for.”