Jubilant Leave voter 'will catch up with the financial news later'

AN OVERJOYED Leave voter is celebrating the win and can catch up on all that financial stuff later, he has confirmed.

Norman Steele, from King’s Lynn, has told everyone that listening to the bean-counters can wait when ordinary Britons have finally taken their country back.

He continued: “The pound’s up, the yen’s down, whatever. We have scored an extraordinary triumph for the people of this country, so pardon me if I let the numbers boys stew for a bit.

“If they’re feeling anything like as optimistic as I am, then the sky’s the limit. There’s no index that could track the swelling of my national pride.

“There’s definitely going to be more jobs, more housing and more money for the NHS, I know that because that’s what I voted for and I bloody well won.

“I’ll catch it at the end of the news tonight when I’m toasting England’s greatest victory since World War Two. 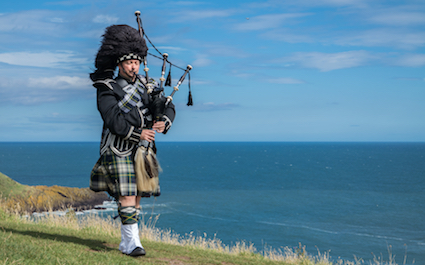 SCOTLAND has thanked the rest of the UK for the good times on its way out.

The country, which has been in political union with England and Wales for more than 300 years, is reminiscing about happier moments while hastily packing bags.

It continued: “Remember back in the 19th century, where you were making our new inventions as fast as we could invent them?

“Yeah, you used to make stuff. You’ve forgotten that. And hey, what about all those Scottish prime ministers? You know, back in the 00s when you hadn’t completely arsed up your economy.

“Anyway, yeah, got sort of attached to Europe now, free trade and funding and all that, so gonna have to move on but you’ve got your sovereignty haven’t you, so you’ll be fine.

“We’ll still be just next door, of course, so drop by any time. With your passport. No, afraid if you want to work here you will need a visa.

“See you! Don’t be a stranger! Don’t worry about the door, we’ll pipe ourselves out.”