LONDONERS are competing to plunge into quirky, independently-run holes in the pavement.

A woman who fell into a hole in Fulham has been derided as a mainstream, chain-hole wannabe by the capital’s residents, who are plummeting into cool, curated spaces off the beaten track.

Helen Archer of Camberwell said: “I work on the South Bank, but the sinkholes there are crammed with tourists moaning about their broken ankles and don’t have that exclusive vibe.

“While just down the road from me there’s a really neat hole outside an old abattoir that’s so fresh it hasn’t even got cones around it.

“I tumbled in and liked it so much I spent two days there, lying on my side shouting weakly for medical attention along with two tabla musicians and a tech blogger.

Julian Cook of Streatham said: “Anyone can fall below street level. Me and my girlfriend plunged more than 40ft into a Victorian sewer last night, with all the authentic fittings and absolutely dozens of rats.

“There’s a selection of vintage boardgames, they do a bloody marvellous macchiato, and it’s run by a 10ft albino alligator called Simon who makes guerrilla documentaries about skate culture.”

Cameron admits the United Kingdom is a terrible idea 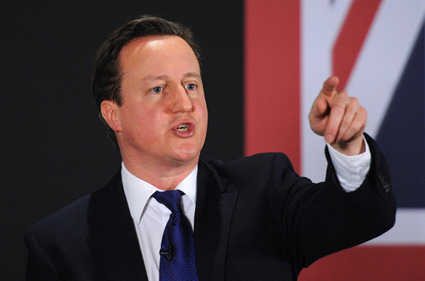 THE union between England and Scotland is stupid and wrong, David Cameron has finally admitted.

Unveiling his plans to get rid of it, the prime minister said the UK should never have been established in the first place and the whole thing has been a huge waste of everyone’s time.

Cameron said: “I can’t believe I actually liked it. Maybe I was being sentimental, but I’ve now realised that it’s just a load of bollocks.

“We do need somewhere to keep the submarines, but England has an extensive coastline, so there must be somewhere we can park them. They can’t be that big.”

Cameron said Scotland could shove its oil industry as in five years everyone in England will be living in London, where they will either be working in Nandos or selling houses to Saudi Arabians.

He added: “So, in summary, you stay there and be Scottish and communist and we’ll stay here and be English and capitalist.

“I would say, ‘let’s be friends’ but you don’t really care about that and neither do we. Have fun with your new Scandinavian chums, you bunch of ginger freaks.”

Scotland’s first minister, Nicola Sturgeon, said: “At last. Jesus, that took ages. And good luck with Farage and his army of nutters, you toffee-nosed prick.”