MEN have confirmed plans to continue going to B&Q on Saturdays, even if it is just to claw at the locked gates.

After the DIY chain closed a sixth of its stores, men said it didn’t matter if their local branch was affected.

Father-of-two Stephen Malley said: “I’ll just go there to stare at the decaying shell of the building, and silently mill around the perimeter fence with other lost souls.

“It’s not like I ever really needed anything I bought there, it’s all still under the stairs.

“I just felt, on some primal level, the need to be alone in a large and vaguely industrial building with other males, some of whom are big and have paint on their trousers.

“To feel briefly like a man, rather than a sexless sofa-bound thing whose penis is slowly withering to nothingness.

“And, of course, to get a few sweet minutes away from the fucking kids.” 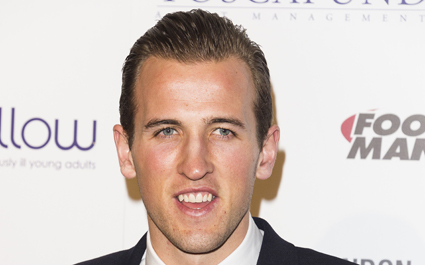 HARRY Kane’s England career is over after he burnt out just 80 seconds into last night’s match.

The striker lumbered onto the pitch more than four stone overweight, obviously intoxicated and chased by lawyers, pregnant lap-dancers and fixers from Far East betting syndicates.

Manager Roy Hodgson said: “I blame his £84.5m transfer to Real Madrid, followed by transfers to Juventus, Bolton and his current club, Al Jazira in the UAE Arabian Gulf League, on bad advice from agents.

“But his sex addiction, chain-smoking and reckless investment in a stable of drugged racehorses are his own responsibility.”

Kane scored an offside goal within 28 seconds, snapped both metatarsals while assaulting a cameraman and then started a mass brawl with opposition players, his own side, the referee, several spectators and analyst Lee Dixon.

Red-carded, Kane was seen selling his England shirt for gambling money at pitchside before hawking his tell-all autobiography to a group of Sunday tabloids.

Hodgson said: “It seems only yesterday that Kane shouldered England’s hopes for the first time, but unfortunately that burden caused him to become a broken shadow of a man in just 96 hours.