BRITAIN’s cities are to be levelled and replaced with fancy flats for privileged idiots with rich parents.

Developers have bought the British Isles and secured permission to build several million deluxe student blocks with names like ‘Crash Pad’, ‘Live It’ and ‘Urban Zone’.

Anyone not enrolled at a university will be forced into cattle trucks, transported to the northernmost point of the UK and left to fight for survival on a windy outcrop.

A government spokesman said: “Students keep the UK afloat by tossing their parent’s cash around, so we’re just going to banish everyone else as they’re a drain on the economy.

“The only buildings not to be student housing will be dipshit cafes where students can use their brand new MacBooks to tweet about how mashed they were last night.”

Student Emma Bradford said: “My best friend has got major FOMO because she’s getting deported to the Isle of Unst, whilst I get to tart around learning whatever it is that my course is about.

“Of course the main thing is that I get a purpose-built studio flat with en suite shower room and a ping-pong table in the lobby. It’s good that my dad had that affair so I can guilt trip him into forking out.”

April Fool pranksters can be murdered before midday 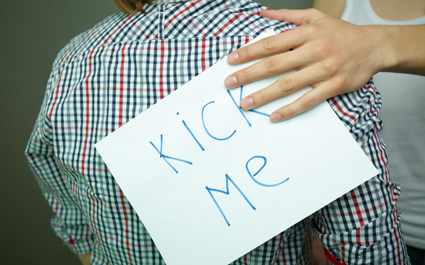 ANYONE perpetrating April Fools’ Day pranks can be legally murdered before midday, experts have confirmed.

An ancient law means jokers can be killed with no legal repercussions, no matter how harmless the prank.

Professor Henry Brubaker, of the Institute for Studies, said: “The ruling dates back to April 1st 1511, when a court jester put a fake fly in Henry VIII’s vast breakfast.

“Henry didn’t find it funny and ordered his lord chancellor to draft some anti-prank legislation. The jester was then hung, drawn and quartered and his head placed on a spike at the Tower of London to be picked at by rooks.

Professor Brubaker added: “The law still holds to this day, so if someone tells you your shoelaces are undone, you are fully entitled to throttle them.

“You have to do it before twelve though, otherwise the joke is on you in the sense that you go to prison forever.”