Nana outlives the HMV voucher she got you for Christmas

YOUR 91-year-old grandmother is surprised to have remained vital for longer than the £20 HMV voucher she bought you for Christmas, she has admitted.

Francesca Johnson is suffering from glaucoma, angina, bronchitis and a terrible pain in her side but was surprised to find that the high street retailer had beaten her to the grave.

She continued: “I need a new hip and they need a massive cash injection and rescue plan, and apparently even under today’s NHS the hip is easier.

“This happened last year with Toys R Us. I knew they were in trouble which is why I tried to help out by buying a voucher, but they were gone before I even had my scare with my fall. You remember? When I almost had a fall?

“I can’t see much hope for HMV, I won’t lie. They say it’s going to be the coldest winter in years and I just can’t see them making it through.

“Mind you I could say much the same for myself. If I’m still around next year I’ll get a voucher from somewhere with a bit more of a future, like Halfords.”

Shares in the Halfords Group fell by more than 115p in a single day following Mrs Johnson’s announcement.

Giddy, lovestruck online dater working up courage to send photo of his penis 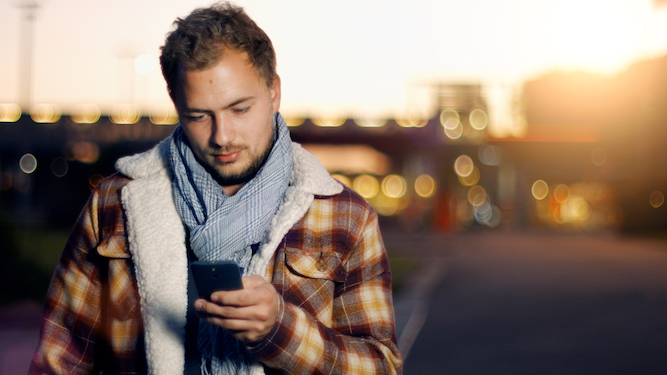 A HOPELESSLY lovestruck online dater is trying to work up the courage to ask his crush if she would like to receive a photo of his dick.

Nathan Muir, aged 28, has been exchanging messages with 24-year-old Nikki Hollis for weeks, feels like they could be soulmates, and thinks the time is right to take their relationship to the next level with a shot of his erect member.

He said: “Nikki’s incredible. She’s smart, funny, totally gets my references to Kasabian and the DC cinematic universe, so I think she’d love a JPEG of my cock.

“I’ve been agonising about the best intro line. I’ve settled on the semi-ironic ‘Roses are red, violets are blue, DO YOU WANT TO SEE MY DICK?’

“I’ve put a sepia filter and a smoothing package on it to compensate for the two-dimensionality of it. I mean I’m a classy dude, not some creep.

“I think she’ll really like it. Pretty sure it’s what girls are looking for these days.”

Meanwhile, Hollis revealed plans to ask Muir if he would like to see a picture of her pet cat, a suggestion which he will massively misinterpret.