Pandora Papers reveal you're the only dickhead paying tax

THE Pandora Papers have revealed that you are the only person in the entire world paying their fair share of taxes and everyone is laughing at you.

A new leak of 12 million documents has confirmed that everyone you know, from your boss to your spouse to your next-door neighbour, is routing their finances through a series of offshore accounts leaving you as the only taxpayer in the world.

Your best friend Joe Turner said: “Yeah, sorry mate. That round I bought Thursday? Leased via my shell companies in the Virgin Islands and written off against defaulted loans from my subsidiary.

“The barman didn’t mind, because he’s paid through a network of limited liability companies based in tax havens administered via a Panamanian law firm linked to dark money from the Ukraine. He gets it.

“But yeah, while you’ve been paying your income tax and your stamp duty and your VAT we’ve all been pissing ourselves. Why don’t you funnel funds via a front company for a Swiss chemical conglomerate when you do a big shop at Tesco, like the rest of us?

“It beggars belief that you didn’t simply commission an offshore wealth management trust to register a trust structure located in Singapore and Samoa when you bought that new fridge. I mean what a f**king mug.

“Keep it up though mate. You’re the only person financing the NHS, the civil service, the armed forces and our tax rebates. You’re doing a great job.”

Organising all their shit, and other things kids can do on Minecraft but apparently not in real life 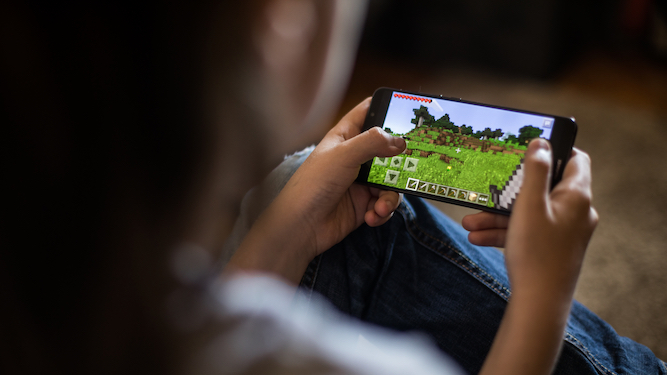 YOUR child’s room is a shit tip, but their Minecraft inventory is meticulously organised into elements, ores and enchanted bullshit. And they can do this:

In your house every door to the outside world swings freely to and fro, taunting you. In your eight-year-old’s Minecraft house every door is fastidiously checked for fear of zombies and spiders getting in, even though the size of your upcoming heating bill is far more terrifying.

Your child’s bedroom is a swamp of unwashed underwear, discarded toys and dirty plates, but on Minecraft they’re Marie f**king Kondo. They can’t find their homework but put them in the virtual world and they can assemble the ingredients for a Nether portal in seconds.

Kids love to play with pets until they need help with their actual basic functions like shitting or eating. Then it’s your job. Online, however, they’ll nurture every animal under the sun. Herobrine the hamster would be pissed off to see the attention those pixelated f**kers get.

Even straight bribery doesn’t get a child anywhere near a dull menial task that, worst of all, is done outside. But in a land of blocks their lawns are neat and endless while your own garden remains a raggedy shitheap used as a toilet by the neighbourhood cats.

Children act like removing cereal from a cupboard is impossibly arduous and stare into fridges with bewildered incomprehension. The thought of making toast leaves them in a cold sweat. But they’ll call you into the room to see the unreal pumpkin pie they’ve carefully crafted in a world where it doesn’t f**king matter.