People who wear their company logo outside work ‘usually twats’ 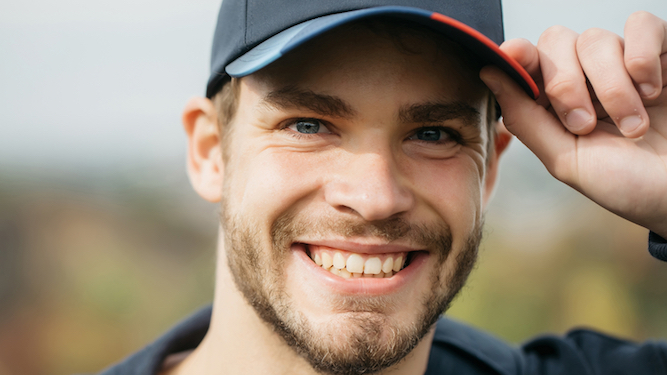 EMPLOYEES of large companies who wear their company logo in their leisure time are usually prize bellends, it has emerged.

The Institute for Studies found that wearing t-shirts and baseball caps showing you work for a faceless corporation strongly correlated with being a knob.

Professor Henry Brubaker said: “It’s clearly intended to show you’re making good money, but companies like Vodafone are massive. You could be the person who cleans the bogs.

“Our research showed anyone wearing, say, a PricewaterhouseCoopers polo shirt had a high risk of wanking on about money, tedious business trips to Stuttgart and saying ‘yah’.

“However it does have certain benefits. If you’re wearing a Barclays Capital baseball cap you can easily be identified by other twats so you can talk about business instead of enjoying a lovely day in the park.

“If someone approaches you not only wearing a corporate fleece but also carrying a company umbrella, my advice is to run like fuck before they tell you about their ‘pretty sweet package’.”

Investment banker Martin Bishop said: “My corporate clothing makes me feel part of an elite tribe of high earners, although I typically work a 20-hour day and can’t remember my children’s names. 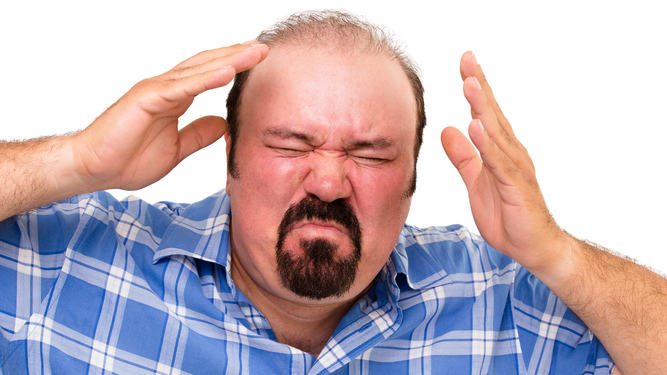 ANGRY red-faced men are always criticising ‘snowflakes’ but are surprisingly easily triggered themselves. Why not set them off with these made-up ‘facts’?

The army is becoming transgender
Gammons will accept any bollocks about certain hot topics, so tell them every British squaddie is being forced to change sex. The Paras are changing their name to The Girly Gender Benders Regiment.

If you’re feeling particularly sadistic, add plenty of ‘convincing’ detail, eg. the SAS will have to wear sports bras to support their impressive norks while storming embassies, and one of their ammo pouches will be reserved for tampons.

Millennials will get free protective suits
Young people are so delicate they’re getting padded suits to protect them from everyday life. A high-tech helmet will block out offensive sights such as people eating steak and normal heterosexual blokes giving their wife a playful pat on the arse.

Being a white male is becoming illegal
Gammons often mention this, but are they aware it’s really happening thanks to the upcoming Pub Bore Resettlement Act 2018? This fictitious piece of legislation will force them to live in politically correct camps where they have to sing Baa Baa Rainbow Lesbian Sheep all day.

Any extremely unbelievable garbage about Islam
● To avoid upsetting Muslims, Crufts is going to replace dogs with mice.

● Big Ben is now a mosque. Regional gammons hate London, so this is clearly true.

● Dentists are becoming halal. This does not even make sense but they’ll still be furious.

The secret deal to become part of France
Tell them that the government has done a secret deal to make us part of France. Look gutted as you describe driving on the right, garlic-and-snail Big Macs and how the Queen will have hairy armpits. Grown men will sob uncontrollably in Spoons.