TOSSPOTS with ironic T-shirts and trendy gadgets have lost yet another place to piss people off after the collapse of Coffee Republic.

The company, which offered 'cutting-edge caffeine solutions for self-employed trustafarians', went into administration yesterday leaving thousands of thirty-something teenagers Bluetoothing La Roux songs to each other in car parks.

Julian Cook, a 32-year-old bastard from Camden, said: "I'll soon be forced to sit on park benches with a flask of Maxwell House and angle my laptop in just the right way so that people can see what I'm doing."

The company went under despite a spring poster campaign designed to consolidate its market leading position as the espresso facilitator for dicks.

One advert saw Jude Law licking his Blackberry and holding a Venti Tosserrtino with a kiwi fruit twist, while another featured Lady Gaga listening to an iPhone while douching herself with a Grande Iced Mochatwattish.

Martin Bishop, from Madeley Finnegan, said: "The name 'Coffee Republic' made it sound like a groovy co-operative run along trendy socialist principles, instead of an all too willing participant in the free market which has now closed it down."

Coffee Republic is the latest toss-pit to fold after a year which has decimated the metropolitan DJ boutique scene and closed down dozens of badly-lit bars specialising in Cambodian cheese beer.

Tom Booker, a former bank manager from London, said: "I've lost my job, my home and all my savings, but if that means the pavements aren't littered with the brand of twat you see in Skins then it's got to be worth it." 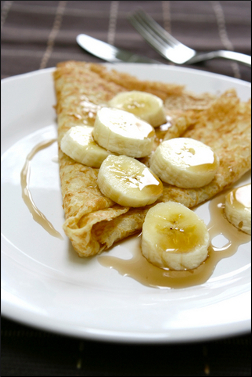 A RANGE of pre-digested foods aimed at consumers who are too busy for normal metabolic function has hit the shelves of UK superstores.

Turd-To-Go is a range of ready-excreted frozen stools, with options including Cod in Cheesey Sauce and Herefordshire Trifle.

Marketing director Stephen Malley said: "It's a turbo-paced, helter-skelter, blink-and-you-miss-it world out there. If you stop to push food into your head you will, literally, get trampled like the Lion King's dad.'

He added: "Eating creates washing up and gives you cancer. So we've let our expert team of digesters take care of it for you, producing perfectly formed turds that you can flush straight down the loo."

Wayne Hayes, a level two digester at Turd-To-Go's Wolverhampton processing plant, said: "I'm in charge of stew. I eat a bucket of the stuff, followed by a litre of strong black coffee to zip things along, then I just sit on the throne with my puzzle magazine and wait for the product to emerge."

Turd-To-Go has recently come under fire from nutritionists because its budget line, Value Shit, is processed by a team of alsatians.

Mr Malley said: "Obviously a big dog can fire out much greater volumes of lasagne than a human.

"On one level yes, Value Shits are dog turds, but they're done by professional dogs who really enjoy their food, at a price your pocket will love."

Shopper Morag Lewton, from Stroud, said: "I'm a busy working mum juggling three kids, Pilates, a cheating husband and a newspaper column about how busy I am."

She added: "Turd-To-Go's frozen bowel movements are marvellously consistent, and it always looks like the food would have been delicious. I stick one down the pan for each member of the household, and tell them afterwards what they had for tea."