THE Royal Mail is to auction personalised postcodes to homeowners seeking to make their addresses more sexy.

The recently-privatised business has made postcodes like EDD13, 1 B055 and 5EX7 5EX7 available to bidders who want to really impress their postman.

A Royal Mail spokesman said: “How many times have you given your address out and been embarrassed by a postcode that resembles one of R2-D2’s unpopular mates?

In business, friendship and love youre judged on your postcode, and if you can make it almost spell out a word when you squint then youll have all the success you ever dreamed of.

The idea apparently came from Vince Cable, who noticed that hate mail from constituents still arrived at his house even with invented postcodes like TO5 5ER and NO8 3ND.

However Norman Steele of Norwich said: The problem is that this entire half of the street has the same postcode, and now our postcode is B16 D1X because of him at the end who drives the white Porsche Cayenne.

I wouldnt mind, but 6 doesnt even stand in for G very well so I have to keep explaining that it’s meant to be Big Dicks to visiting tradesmen. 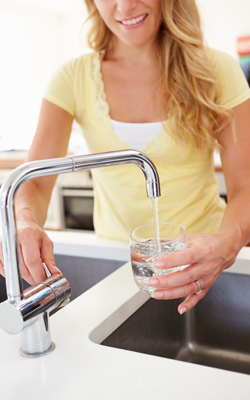 HUGE amounts of cocaine are being added to the water supply in a bid to make the population more productive.

As scientists discovered tap water was laced with the drug, the prime minister admitted that ‘Operation Gak’ began in 2008 as a bid to increase the nation’s drive and enthusiasm.

David Cameron said: “Think of it as like fluoride but for your brain.

“The banking sector has been powered by cocaine since its inception, those guys can stay up for several days at a time doing high stakes deals with no negative health effects.

“It’s a naturally occurring drug that comes from a plant. Also because we’re the government we get the best quality beak, it’s not cut with worming tablets or anything.

“Iain Duncan Smith sorts it out, he knows this ex-army guy Gerard who drives an Audi TT. Gerard always texts when he’s parked on Downing Street ‘with those CDs I borrowed’.

“Seeing as we run the police we probably don’t need to dick around like that, but Iain likes it because it makes him look hard.”

Father-of-two Roy Hobbs said: “This explains everything about modern British culture – why we’re always fighting on public transport, obsessed with showing off and wildly impatient with the elderly.

“I guess it’s bad but I don’t want them to stop. Maybe we could have coke in the cold tap and smack in the hot tap, balance things out a bit.”