THE 75,000 workers sacked by Citigroup are to be bought by the multi-national food conglomerate Findus, it was confirmed last night.

The frozen food giant is understood to have offered around £2.20 a kilo in a deal worth £12.5 million.

Citigroup insisted the sale was an excellent result for shareholders and would help to offset redundancy payments to the workers' families.

Meanwhile Findus said the wholesale purchase of such a large number of redundancies could lead to a slight change in the flavour of the company's famous minced beef Crispy Pancakes.

A spokesman said: "Once the sale is finalised we will be able to process them very quickly.

"There will be nothing left that you could use for a funeral, as such, but the families can always buy a box of Crispy Pancakes and bury it in the back garden as a sort of symbolic gesture."

Charles To Use Throne As Bullshit Transmitter 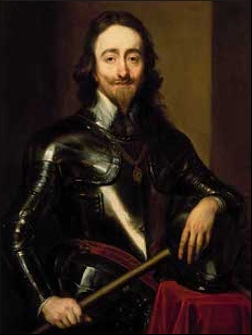 PRINCE Charles will use the throne as a transmitter for his peculiar strand of bullshit when he becomes King, it was revealed yesterday.

As he celebrates his 60th birthday the Prince said it was vital the monarch was able to sweep away 360 years of constitutional convention and mouth off about whatever he felt like without being asked.

According to Jonathan Dimbleby, the Prince's biographer and official friend, the heir to the throne will demand a weekly, hour-long television broadcast where he will go through his latest complaints and give updates on the progress of previous complaints.

Dimbleby added: "He has a very long list of things he wants to talk to us about."

According to Dimbleby, the Prince's latest issues include:

But Labour backbencher Roy Hobbs said: "As monarch, his constitutional role will involve waving to tourists from a horse and wishing us all a merry Christmas.

"In exchange for that he gets eight houses, a two month skiing holiday and all the foxes he can stuff.

"If he has a problem with any of that I'd be more than happy to draw him a picture of Charles I's headless corpse."