PRIMARK branches around England are besieged by naked Primark customers whose crappy clothing fell apart a fortnight into lockdown.

Queues of nude cheapskates stretch for almost a mile, with customers desperate to get inside and cover their nakedness for the month the stitching lasts out.

Susan Traherne of Ashton-under-Lyne said: “My whole wardrobe’s Primark, or it was. There’s nothing left but a few rags that dissolve into handfuls of threads when you touch them.

“Neither I nor any of the rest of the family has worn clothes since March. It’s like the garden of Eden round ours. Mainly we’ve got away with it, though clap for the NHS was always awkward.

“I can’t wait to pull a new cardigan over my shoulders and revel in its warm embrace until the seams begin to split and the sleeves unravel. That 20 minutes will be so sweet.”

Primark has confirmed that changing rooms will be closed and clothes cannot be tried on, because there is little chance they would survive the experience. 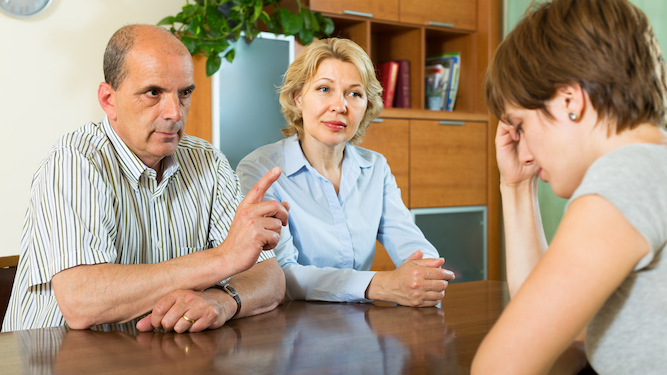 A COUPLE do not know what they did wrong in raising their daughter for her to have opinions which diverge from their own.

Roy and Margaret Hobbs are appalled to witness their daughter Charlotte growing into a woman who contradicts them to an upsetting degree.

Mr Hobbs said: “Who does she think she is, showing off her critical thinking skills? I didn’t put her through university just so she could tell me I don’t know what I’m talking about.

“In this house, we’ve always believed that unions are communism and you can’t trust a Frenchman. Now she’s telling me that’s wrong? Where the hell did that come from?”

Mother Margaret agreed: “It’s such a shame to see my sweet little daughter thinking independently. We raised her better than that.”

“You feed her, provide her with a home, give her love, and then she says this foreigner she’s dating isn’t a foreigner because he was born here and so were his parents and his grandparents? It’s ignorant.”

Daughter Charlotte Hobbs said: “It’s true that voicing intelligent, thought-through opinions isn’t the way I was brought up. As I’m reminded whenever I go home.”