Best Central Trains said the 34-syllable ticket was a ‘huge step forward’ from the standard single.

A spokesman said: “You just book it online, not more than three days before your journey and not less than nine days after, and at a time in the lunar cycle when the moon may be described as ‘gibbous’.

“Although you cannot print your ticket at home, you will be issued with a simple 47-digit code, written for security reasons in the ancient language of the Sumerians.

“At the station, you simply repeat the code verbally with all the correct intonation to a friendly moustachioed robot named ‘Monsieur Le Pouton’.

“On acceptance of your code, M. Le Pouton’s moustaches will twirl and several dozen tickets and receipts will issue from his mouth, flying all over the platform.

“You’ll need to pick them all up and take every single one to your nearest owl, then punch them three times with its beak. Any owl will do, most of them are fine with this type of process.”

Commuter Nikki Hollis said: “Fuck everyone who had anything to do with this.”

Middleton exorcised after speaking in tongues 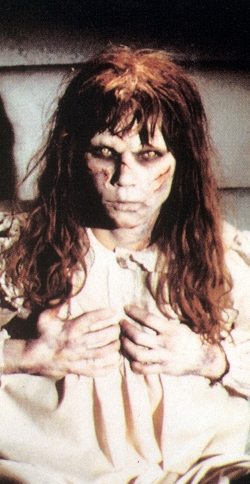 Appearing in Anglesey alongside Prince William to wave at something, Britain’s poshest commoner broke into a guttural, phlegm-ridden rant that required the attention of a young priest and an older priest.

She is said to be in a stable condition but rather than asking what the young priest does is instead claiming his mother is somewhere unpleasant doing something unhygienic.

Royal expert and commemorative plate-purchaser Roy Hobbs said: “It was pretty terrifying to watch, not least because the Devil doesn’t appear to have any words for things invented after the 1300s.

“At first I thought she was just revving up to hock an almighty lung oyster at the mayor for being Welsh but the next thing anybody knew she was rolling around on the floor sounding like Charlotte Church with her fandango trapped in a toilet seat.

“If this is what the future of the monarchy holds they’d better put netting around the royal box for the Variety Performance or Michael Mcintyre’s going to be wiping princess poop out of his eyes as he introduces the jugglers.”

Young priest, Father Stephen Malley, said: “Kate’s sat up in bed now and apart from the girl having a filthy fucking mouth on her she seems fine. I’ve not seen a case of consort possession this bad since 1983 when Lady Di ate a cursed olive backstage at Live Aid and headbutted Howard Jones.

“All Kate remembers is getting the faint whiff of daffodils, a burning hatred of English tourists and the next thing she knew she’s waking up with cramp in her tongue.”