AN unsuccessful pub is sure that its fourth landlord in eight years will finally make everyone like it again.

The Lamb & Flag in Bedfordshire has struggled to attract customers since it changed hands in 2014, and has become increasingly downcast at being passed from landlord to landlord.

The first sign of trouble for the pub came when Roy Hobbs took it over and replaced the menu with ‘an exciting range of authentic Thai food’.

Local drinker Martin Bishop said: “That triggered an instant boycott. We had to send a message that not serving cod and chips with a little ramekin of tartar sauce was wholly unacceptable.

“After Roy there was some twat from London who served mashed potato in a miniature flower pot. We kicked his arse back to Shoreditch.”

The pub said: “Hopefully the new landlord will return me to being a ‘safe space’ for opinionated local bastards.” 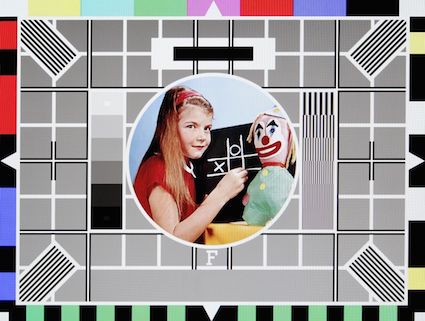 THE Conservatives have claimed that without private electricity, Britain’s flatscreen televisions would still be showing the test card.

Labour’s pledges to renationalise energy have been criticised by Tories who say this would lead to 1970s-style television shutdowns with only a girl with a blackboard and clown doll to watch.

“You couldn’t run a toaster on it without banging on the wall to ask the neighbours if they’d finished using theirs, and it smelled funny like burning fish.

“Yet that is the low-grade electricity Labour want to return us to, electricity so bad it left children watching a black-and-white clock thing for half-an-hour before Tales Of The Riverbank started.

“Forget running your 60-inch TV on it. There’d be one tiny five-inch picture in the corner of the screen, black-and-white, and if you tried to binge-watch it’d blow up.”

55-year-old Eleanor Shaw said: “I’ve been a Labour supporter all my life, but they can’t be fucking with my telly. Not my telly.”