Managers say waterboarding is just as much fun as mountain biking or owl spotting, except you are held down with a wet towel over your face as gallon after gallon of water is poured up your nose.

A Center Parcs spokesman said: "There's no better way for parents and kids to bond than in a situation of sustained psychological terror and disorientation. The magic is, you're totally convinced you're going to die, but you don't! However it can make you scared of rain."

Holidaymaker Don Rose, from Stafford, gave it the thumbs up: "It made a refreshing change from the falconry and rope slides and it's definitely made me want to try other state-sanctioned coercion techniques.

"On the down side, since returning from our mini-break I do tend to wake up in the middle of the night screaming like a girl."

However not all customers are convinced. Sue Glenn, of Ipswich, said: "We expected something more like a slide or a shute.

"Instead two men in khaki led us into something called the 'Z-Ray Family Detention Hut', put sacks over our heads and spun us round until we were nauseous while angry dogs snapped at our groins.

"They asked us why we hated freedom and when my husband said we didn't they kicked him in the stomach. That's when the kids really started to cry."

She added: "The actual waterboarding itself was very unpleasant, although perhaps less so than the Thunder Looper at Alton Towers. Overall, I'd say it was different but we probably wouldn't do it again." 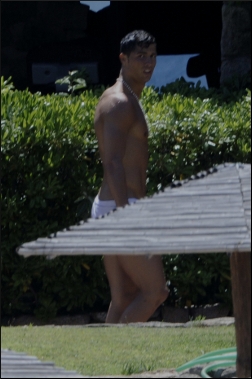 The former Manchester United winger was seen flirting with the hotel heiress in an LA nightclub as the two laughed about what it's like to be an empty shell of a human being with no concept of the value of anything.

Martin Bishop, a leading Hiltonologist, said: "It's a very special moment in a young man's life when he becomes famous enough to join the queue for Paris Hilton's vagina.

"I'm pleased to see he got there at 3am – nice and early. At that time of day he would only have had to queue for about an hour and a half.

"The waiting isn't too bad. They have snacks and magazines and there's usually a couple of buskers and a clown who does magic."

Bishop said Ronaldo would have been in the queue behind three or four baseball players, half a dozen drummers, at least two European princes and, as it was a Thursday, Charlie Sheen.

"He will eventually have moved from the garden into the lobby into the undressing area where he will have stripped to his socks before having his genitals hosed down with Mr Muscle.

"After that it's straight into the mounting zone for eight to ten minutes of perfunctory intercourse, followed by a souvenir photo, a quick cup of tea and a biscuit."

He added: "They can put the condom in a doggy bag for you, or you can choose to pin it on the 'Wall of Fame'. It's really well organised."